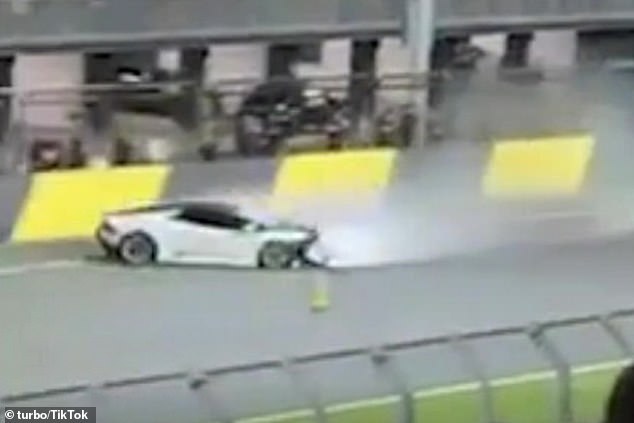 On Friday night at Sydney’s Motorsport Park in Eastern Creek, Alameddine, who police claim is associated with the criminal clan and Comanchero bikie gang, wrecked the fancy automobile while traveling at 200 km/h.

Video captures the white Lamborghini Huracan swerving to the right and colliding with a trackside wall.

The vehicle then makes a 180-degree turn and strikes the wall once again.

After the collision, Alameddine was taken by ambulance to the hospital, but the source informed The Daily Telegraph that he is “okay, just a little bruised up.”

A Serious Crime Prevention Order is now in effect for Alameddine.

He is accused of leading a criminal organization, carrying out an armed robbery, and dealing with the profits of crime.

After Comanchero sergeant-at-arms Tarek Zahed was shot ten times at an Auburn gym in May, he was seen earlier this year with Zahed and the newly elected president, Alex Meehan. He escaped the assault.

Omar, the 39-year-old brother of Zahed, was also shot many times, causing cardiac arrest and his death there and then.