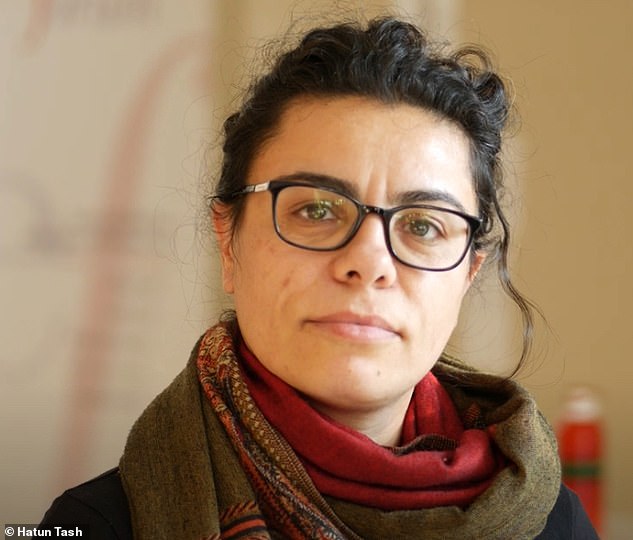 Hatun Tash was arrested twice at Speakers’ Corner in Hyde Park after alleging that Islamic protesters were harassing and threatening her.

The Times said that Ms. Tash was arrested both times she approached police, accused of disturbing the peace or committing a similar violation of public order.

The evangelist filed a lawsuit against Scotland Yard after she was detained for 24 hours and then released without being charged.

Her legal team asserted that she should not have been arrested in the first place, stating that she was wrongfully detained.

Her legal team claimed in a statement that the police should have brought additional policemen to Speakers’ Corner to preserve her right to free expression.

According to the letter, he apologized “for the hardship you have endured” and acknowledged that “on some occasions, the level of service did fall below the required standard.”

It is believed that the Met Police agreed to pay Ms. Tash £10,000 in damages and legal fees.

Ms. Tash claims she was stabbed in the face by an unidentified black-clad male in Speakers’ Corner.

The police reportedly informed her that they are continuing to investigate the matter.

She is affiliated with DCCI (Defend Christ Critique Islam) Ministries, whose mission statement states that it “seeks to proclaim the Gospel to Muslims through apologetics and polemics.”

The Met Police have been contacted by MailOnline regarding the claimed payout.

Who exactly is Hatun Tash? The Turkish ex-Muslim who is now a frequent speaker at Speakers’ Corner

Formerly a Turkish Muslim, the 40-year-old is now a famous critic of Islam who believes Muslims should be encouraged to convert to Christianity.

She has engaged in numerous intense debates with Islamic preachers and others, and has previously been attacked for brandishing a Koran riddled with holes and a cartoon depiction of the Prophet Mohammed as a weeping infant.

DCCI Ministries “seeks to preach the Gospel to Muslims through apologetics and polemics,” adding, “Our motivation is a love for Muslims in order to bring them to repentance and believe in Jesus Christ so that they may obtain eternal life.”

In October 2020, Sadiq Khan was asked about Ms. Tash during Mayor’s Question Time and responded that police had taken her out of Hyde Park “for her own safety” after a violent throng had formed.

‘Freedom of speech is a principle I hold dear,’ he continued, adding, ‘One of the best things about London is the ferocity with which we guard this right and the capacity of people to use it.’

»Met Police paid a Christian preacher £10,000 for her wrongful arrest and imprisonment«