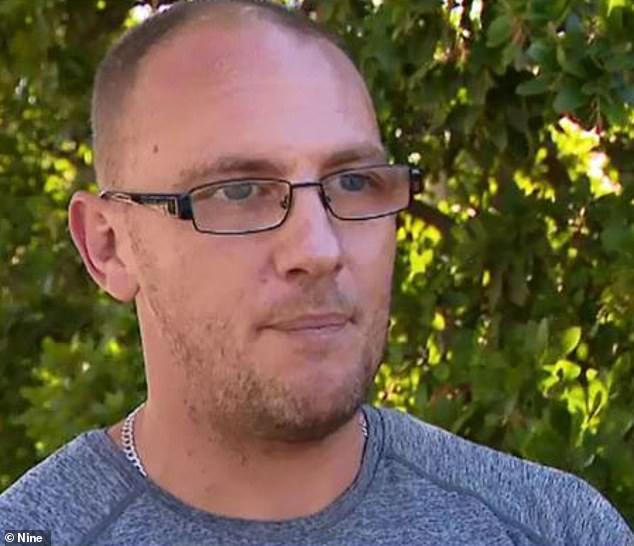 Vicki Ramadan (pictured) was discovered beaten to death in her Sydenham, Melbourne, home on April 6, 2019.

She appeared to be a very attractive lady; she in no way deserved this.

Stuart Paul Anderson allegedly told a reporter this about the woman he is suspected of brutally murdering.

In the days and weeks following the discovery of the body of his 77-year-old neighbor Vicki Ramadan in her Sydenham house in Melbourne’s northwest on April 6, 2019, there was a widespread call for information.

Anderson stated in an interview with A Current Affair, ‘I sincerely hope the police capture the son of a whore’

Tuesday, jurors in the Victorian Supreme Court murder trial of Anderson were shown the unedited tape of the interview.

Several witnesses informed the jury that they heard multiple arguments between them in the days preceding her murder.

Anderson was the one who called the police after discovering her body.

Stuart Paul Anderson (above) discovered Mrs. Ramadan’s body and characterized her as a “really sweet lady” who “didn’t deserve this.” However, he is now charged with her murder.

According to him, he first encountered Mrs. Ramadan when she knocked on his door and sought for assistance with odd jobs.

On March 23, 2019, a cab driver witnessed the couple quarrel over Anderson’s tardiness in assisting her with her work.

Later, a second witness overheard Anderson yell at Mrs. Ramadan, ‘f*** you, fix it yourself,’ while assembling a flat pack before returning home. Later, he returned to her residence.

Prosecutor Neill Hutton stated that on March 25, there were evidence of life, including a call from one of her phones to another at 9:30 a.m. and an electrical spike around midday compatible with a hotplate.

On April 6, at 9 a.m., Anderson informed his partner that he was going to check on Mrs. Ramadan and retrieve the tools he had left at her residence.

Anderson initially told police he discovered Mrs. Ramadan’s death in her home (above) about 9 a.m. on April 6, but later told them he actually discovered her between 1:30 and 2:00 a.m. and knocked on her back door.

He stated that he discovered her body after entering through the kicked-in back door.

Anderson maintained this account throughout his first two interviews with police, but after detectives grew suspicious, he confessed in August 2019 that he had lied because he found her corpse between 1.30 and 2 a.m. on April 6 after knocking on her back door.

The problem with what Anderson told the reporter, his partner, and the police, said prosecutor Neill Hutton, is that it is false.

In essence, it is a fraud, a masquerade. It is false,’ he declared.

The jury heard that Mrs. Ramadan was renowned for wearing an abundance of jewelry, but that the jewelry and cash were still in her residence.

Glenn Casement, the attorney for Anderson, stated that identity was a problem throughout the trial.

He stated, “My client did not kill the dead.”