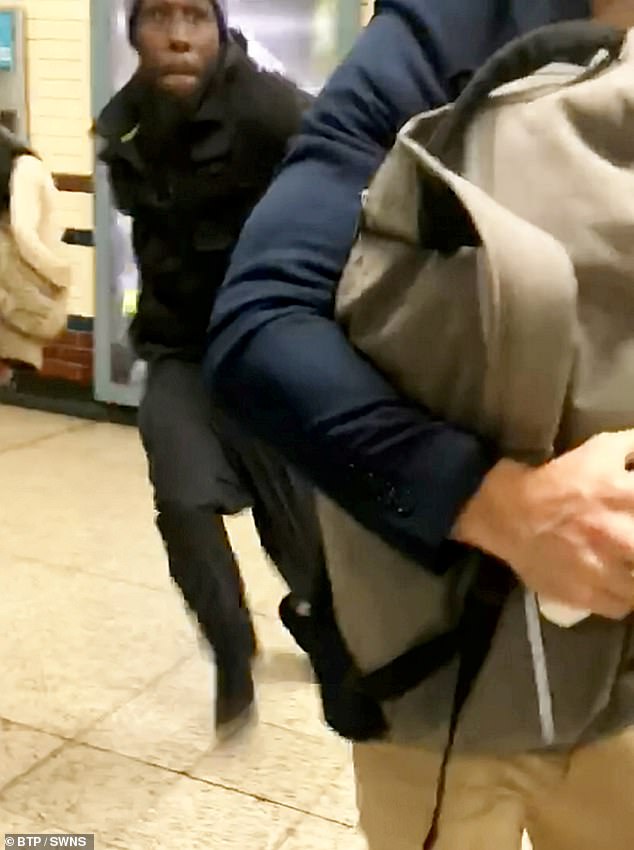 Further photographs have been published of a man who investigators are desperate to find down after he forced two commuters onto Tube tracks and attacked a third in a horrifying string of assaults.

Those who recognize the man are urged to contact the police and avoid him.

Thursday, police launched a manhunt to find the individual responsible for three assaults on the London Underground.

British Transport had issued an image of the man who was originally observed abusing a commuter at Baker Street Station at around 11.50am.

Today, however, they released much clearer images of the man in an effort to locate him. Officers reported that he was wearing a hat with distinctive markings on the back.

Then just after midday, he repeated his despicable behaviour by pushing another man into the lines at Finchley Road station.

Later a third victim came forward to allege he was assaulted by the same man on a train from Finchley Road.

Two of the victims were transported to the hospital, but none of them had significant injuries and have since been released.

Officers do not believe that the suspect and any of the victims were acquainted.

Apparently, the guy is frequently observed in the vicinity with ‘gaffer tape’ wrapped around his leg.

British Transport Police Detective Inspector Paul Watts stated, ‘Following these disturbing instances, we wish to locate this guy as soon as possible and are requesting the public’s assistance in locating him.

“Our investigation is proceeding swiftly, and we will maintain a highly visible presence in the area throughout the weekend to reassure the traveling public.”

“We now suspect he is responsible for a third assault that occurred yesterday, and we are releasing even sharper photos of a man we need to locate immediately in relation to these occurrences.”

In addition, we know he was wearing a hat with peculiar patterns on the back.

If you encounter someone matching this description, please phone the police immediately at 999. Please avoid approaching them.

DI Watts added, “This investigation is proceeding swiftly, and we’d like to reassure the public that we’ll have a highly visible presence of officers on the network in London tonight to ensure your safety.”