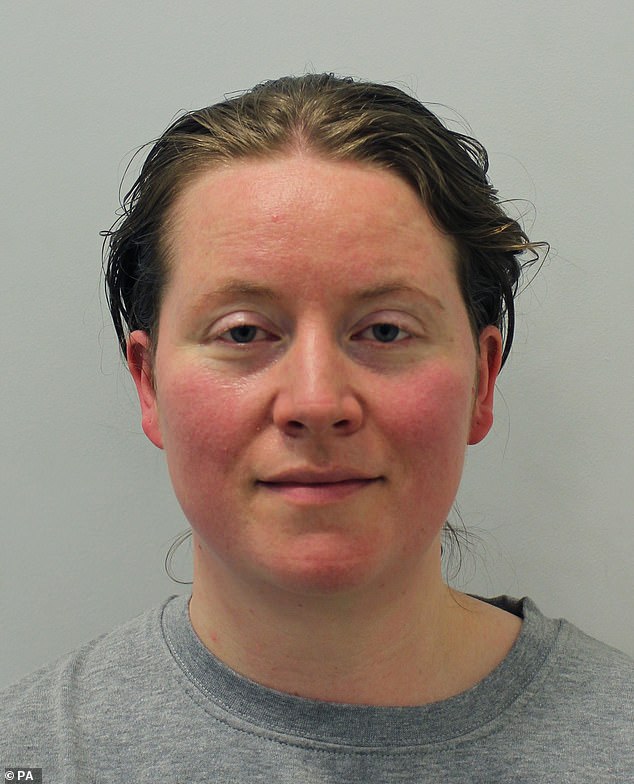 An osteopath born in Australia has been found guilty of murdering and decapitating a friend who refused to assist her pay for home renovations.

In June of last year, Jemma Mitchell, 38, allegedly struck Mee Kuen Chong, 67, over the head with a firearm at her London residence.

Two weeks later, she drove almost 300 kilometers to the beach town of Salcombe in Devon, where she dumped the headless and horribly decomposed body of a fervent Christian in the woods.

The prosecution alleged that Mitchell intended to murder the fragile divorcee and forge her will in order to obtain the majority of her assets, which was valued at over $1.25 million.

She devised the scheme after Deborah Chong, also known as Ms Chong, refused to give her $360,000 to fix Mitchell’s $7 million decaying family house, jurors were told.

The osteopath, who had ran a business in Melbourne but returned to the United Kingdom in 2015, denied any involvement in Ms. Chong’s death, but declined to testify at her trial.

Mitchell was found guilty of murder as Ms. Chong’s family in Malaysia viewed the decision via video hookup.

On Friday, Judge Richard Marks KC’s sentencing at the Old Bailey in London will be televised live.

It is only the second time that cameras have been permitted to film a sentencing in an English criminal crown court, and the first time that the defendant is a woman.

During the trial, jurors viewed CCTV footage showed Mitchell, who formerly boasted online of her award-winning talents in human dissection, carrying a huge blue suitcase as she entered Ms. Chong’s residence on the morning of June 11, 2017.

Judge Sarah Munro QC sentenced Ben Oliver to life in jail with a minimum period of 10 years and eight months for murdering his grandfather David, 74, after the 25-year-old paedophile learned that his relative had been suspected of sexually abusing girls.

The sentencing in one of the Old Bailey’s oldest courtrooms, Court Number Two, was broadcast online and on news channels such as Sky News, BBC, and ITN. The stream had a 10-second delay, which in the future could allow legally objectionable content to be removed.

To safeguard the anonymity of victims, witnesses, and jurors, only the judge was filmed throughout the sentencing.

Lord Burnett of Maldon, Lord Chief Justice of England and Wales, hailed the move as a “very positive” step towards advancing transparent justice.

Others, though, questioned if it went far enough and demanded the airing of whole trials.

The judiciary is vehemently opposed to the filming of entire cases out of concern that it might cause witnesses to refuse to appear in court and convert judicial proceedings into soap operas, similar to Johnny Depp and Amber Heard’s recent court struggle.

The trial of OJ Simpson for the murder of his ex-wife Nicole Brown and her friend Ronald Goldman was viewed by a peak television audience of 100 million when the verdict of “not guilty” was announced.

The decision to allow cameras in English courts stems from a 2020 change in the law, but its implementation was delayed by the pandemic. Oliver’s sentencing will be the first to be broadcast, the Ministry of Justice stated, after Judge Munro granted TV stations’ request for access.

After more than four hours, she emerged from the residence in Wembley, north-west London, with a luggage that appeared to have grown in size and weight.

She was also carrying a smaller bag containing Ms. Chong’s financial records, which were later discovered from Mitchell’s residence.

Mitchell stated that after the was reported stolen, she had gone to visit family friends “somewhere near the seaside” because she was “depressed.”

The prosecution argued that Mitchell had decapitated Ms. Chong and buried her remains in the grounds of the home she shared with her retired mother in Willesden, north-west London.

On June 26 of last year, she placed the body in the suitcase and went to Devon in a rental car.

The next day, vacationers discovered Ms. Chong’s headless body alongside a wooded walk near the charming town of Salcombe.

Following a police investigation of the area, the skull of Ms. Chong was discovered a few meters from the corpse.

A postmortem examination revealed skull fractures perhaps caused by a blow to the head as well as broken ribs.

According to experts, they may have resulted from the body being crammed into the luggage.

A check of Mitchell’s residence revealed Ms. Chong’s forged will and personal documents.

The blue luggage was stowed on the neighbor’s shed’s roof.

Although no forensic evidence was found in the luggage, Ms. Chong’s DNA was detected on a bloodstained tea towel found in a pocket.

The jury was informed that Ms. Chong had schizophrenia and was referred for treatment after sending letters to the then-Prince of Wales and Prime Minister Boris Johnson.

She met Mitchell through a Christian group and initially agreed to assist her, but backed out days before the murder, advising Mitchell to sell her property instead.

Mitchell stated on her website that she was knowledgeable about neuroanatomy, genetics, and human corpse dissection.

He stated, “Money was the reason for Jemma Mitchell’s actions, and she exhibited a high degree of planning and calculating as she attempted to conceal her heinous deeds.” The case’s cold facts are disturbing.

Deborah Chong was a vulnerable woman who sought care for her deteriorating mental health in the weeks preceding her murder.

‘However, Mitchell – so desperate to gain the money she needed to complete the repairs on her property – attempted to take advantage of Deborah’s generosity, but when Deborah changed her mind, Mitchell brutally murdered her and began a false attempt to obtain her fortune.

Two weeks after Deborah’s murder, we can only surmise as to what Mitchell did with Deborah’s body and what her larger purpose was.

Mitchell may have feared Deborah’s body would be discovered due to the advanced state of decomposition when the body was discovered. Whether this compelled her to move the body and why she picked Salcombe, Devon, may never be known.

Mitchell decided to attack and murder a vulnerable woman for her personal advantage in a truly horrible crime after her opportunity to earn the money she so much needed vanished.

»Jemma Mitchell, an Australian osteopath, beheaded and packed her friend’s body in a suitcase«