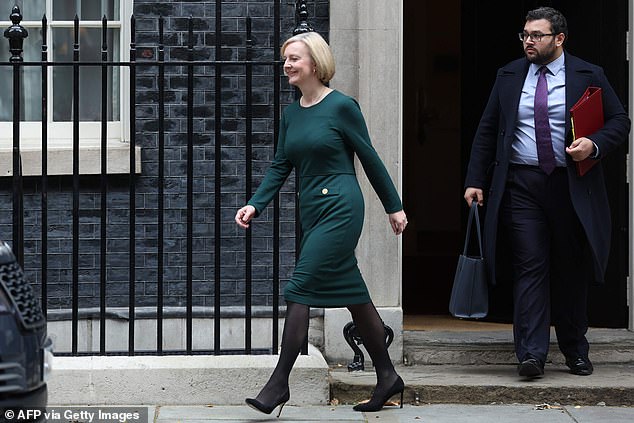 After a two-day probe into a hostile briefing against former Cabinet minister Sajid Javid, one of Liz Truss’ most senior political advisers had his suspension removed.

A formal inquiry by Whitehall’s propriety and ethics division had been conducted into Jason Stein, a special advisor to the now-resigned Prime Minister.

On Wednesday afternoon, while Ms. Truss was being questioned at Prime Minister’s Questions in the House of Commons, word of his suspension leaked.

But Downing Street said today that Mr. Stein’s suspension was over and the investigation was over.

After a catastrophic 44-day reign, Ms. Truss announced her resignation as prime minister the previous day.

The inquiry is over, and the suspension has been lifted, according to a press secretary at No. 10.

The nasty press briefings from No10 sources over the weekend have infuriated Conservative MPs.

This includes Mr. Javid being called “s***” when Downing Street denied planning for him to replace Ms. Truss as Chancellor before Jeremy Hunt was chosen.

This week, No. 10 did not refute claims that the PM authorized briefings on Mr. Javid and Michael Gove, who was reportedly called a “sadist” by an unidentified member of the Downing Street staff.

When Ms. Truss spoke to the group of Conservative MPs known as “One Nation” on Monday night, former minister and Tory Guy Opperman stated he had personally questioned the Prime Minister over the briefings controversy.

Regarding Mr. Stein, Mr. Opperman said MailOnline, “The PM should never have recruited him.” Unfit to work at No. 10

It was said that Mr. Javid had made Mr. Stein’s suspension, which was announced just after the start of PMQs on Wednesday, a requirement for him to refrain from bringing up their argument in the Commons.

Mr. Javid was scheduled to pose a question during PMQs but opted not to address the Commons.

In response to a question over Mr. Stein’s suspension, Ms. Truss’ press secretary stated: “The PM has made very plain to her staff that some of the kind of briefings that we have seen are entirely inappropriate about parliamentary colleagues and they must stop.”

Following Kwasi Kwarteng’s dismissal by Ms. Truss as chancellor in the wake of the mini-Budget crisis, it was rumored that Mr. Javid had been approached as a prospective successor by friends of the PM.

According to The Sunday Times, Mr. Javid would have accepted the position but demanded “total authority” over taxes and government spending in addition to Sir Tom Scholar being reinstated as the Treasury’s senior civil servant.

A No. 10 source told the newspaper, refuting reports that Mr. Javid had ever been considered to succeed Mr. Kwarteng: “The Prime Minister laughed out loud at the thought.”

“She knows who is decent and who is s***,” Javid said of the woman who had served in the Cabinet with him for eleven years.

Following Mr. Gove’s mutiny against Ms. Truss’s proposals to eliminate the 45p tax rate earlier this month, a No. 10 staffer told the Mail on Sunday that Michael “obviously gets his thrills in a cruel fashion.”

In 2019, he resigned from his former position as Prince Andrew’s advisor.

His retirement coincided with rumors that he had been overridden when he asked the Queen’s second son not to participate in a BBC Newsnight interview concerning his friendship with Jeffrey Epstein and Ghislaine Maxwell, two convicted sex offenders.