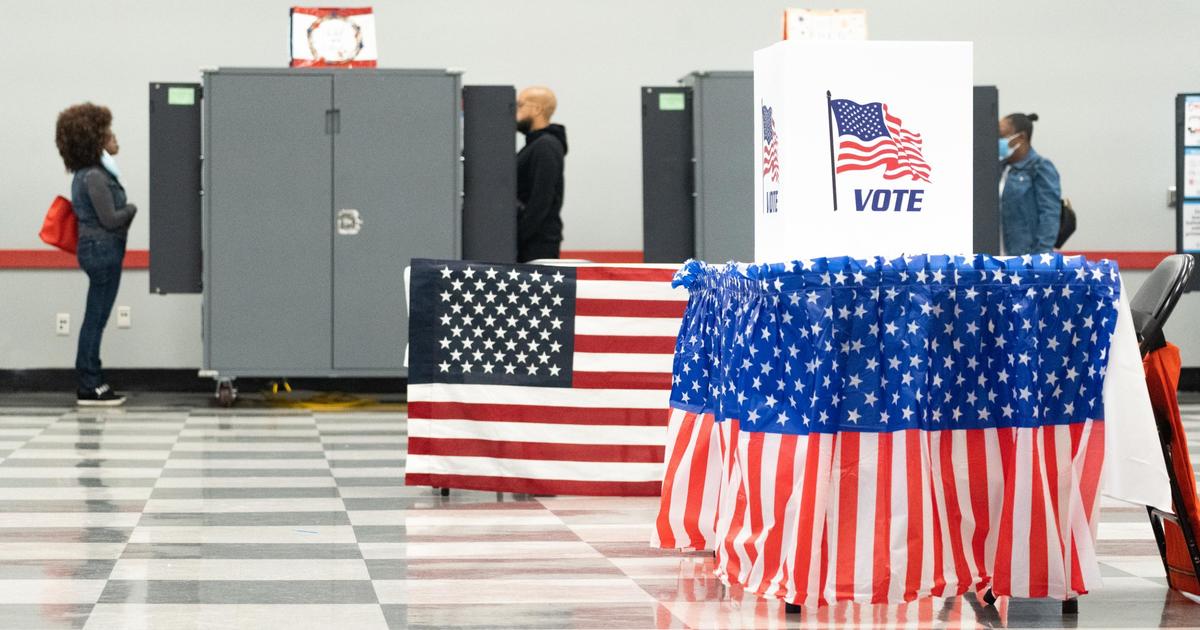 On a clear autumn morning in a green Atlanta suburb, volunteers knocked on doors, attempting to convince hesitant and doubtful conservatives to register to vote in the upcoming midterm elections.

It’s arduous work anywhere, but especially crucial in Georgia, where Donald Trump’s unfounded assertions of a rigged 2020 election have generated a new community of election deniers – some of whom are concerned that their November ballots won’t be tallied.

Former Republican Sen. Kelly Loeffler, who initially supported the failed president’s bid to overturn Joe Biden’s victory, but was now working in blue jeans and a country plaid shirt to lure election skeptics back to the polls, dispatched the group on the hunt for votes.

During an interview outside the Cobb County Republican Party offices on a recent Saturday, when volunteers were assembled, Loeffler stated, “We seen it directly during our election.”

Loeffler explained to The Associated Press how she lost her seat to Democrat Raphael Warnock in January 2021 due to the fact that more than 330,000 Republicans who voted in the 2020 presidential election did not vote in the January 2021 runoff. Loeffler is attempting to prevent a reoccurrence as Warnock confronts the Republican Herschel Walker in a campaign that might determine the balance of power in the U.S. Senate.

“This effort is about amplifying Georgia’s voices, reclaiming our state, and declaring that we will not be silent,” Loeffler stated before sending out the volunteers. We know that people are more likely to vote when they believe their vote counts.

In November, the first national election following Trump’s repeated attacks on the U.S. electoral system and the Jan. 6 attack on the U.S. Capitol by Trump supporters attempting to derail the certification of Mr. Biden’s victory, it will be a solitary mission with unknown prospects.

And it comes at a time when Republicans in Georgia and across the country are attempting to maintain a fragile coalition of voters — those who support Trump’s assertion of voter fraud and those who reject it.

“This represents a significant tension in the rhetoric of the Republican Party,” said Lee Drutman, a senior scholar at the Washington-based think tank New America who specializes in democratic concerns.

It may be self-defeating to claim that the election is rigged if the goal is to encourage people to the polls.

This fall, voters are eager to cast ballots. 71% of registered voters surveyed by The Associated Press-NORC Center for Public Affairs Research believe the future of the United States is at stake when they vote this year. 58% of Republicans, according to the survey, continue to believe Biden’s election was not legal.

Brian Robinson, a GOP strategist, stated that Georgians have moved on from Trump’s claims, as evidenced by this year’s victories for Brad Raffensperger, the secretary of state Trump unsuccessfully asked to “find 11,780” votes, and incumbent Republican Gov. Brian Kemp, who drew Trump’s ire for standing by the state’s results.

“By nearly every metric, Georgia voters have moved on from the 2020 election and have overwhelmingly dismissed charges that fraud tainted the election outcome at this point,” Robinson said.

Democrats, meanwhile, claim that Republicans are attempting to have it both ways by courting MAGAs and moderates, referring to Trump’s Make America Great Again supporters. While Loeffler promotes Georgia’s new election legislation as preventing voter fraud, Democrats contend the GOP-led bill was unneeded, as a response to Trump’s claims about the 2020 election.

In many ways, Loeffler is a flawed communicator, as he originally questioned the 2020 election results. She stood on stage during Trump rallies as he spread claims that the 2016 presidential election was stolen. She demanded Raffensperger’s resignation due to his conduct during the voting. Loeffler assured Trump rally attendees she would challenge the election count in Congress, to the applause of the crowd, only to abandon the endeavor hours after the attack on the Capitol on January 6, 2021.

Loeffler, a wealthy former businesswoman who remains close to Trump, has invested more than $2 million in Greater Georgia and Citizens for Greater Georgia, two Republican voter mobilization campaigns. She is somewhat inspired by Democratic gubernatorial candidate Stacey Abrams, whose voting rights efforts have propelled her to national prominence in her rematch with Brian Kemp.

“I maintained from the beginning when I began this work that we cannot allow the left to have a monopoly on voter registration in our state,” Loeffler said of the organisation she founded following her defeat.

At a Marietta cul-de-sac, the varied group of Greater Georgia volunteers broke into a handclap chant of “We will knock you!” — a reference to the Queen song — before separating into smaller groups to canvass the well-appointed middle class homes.

Lisa Buxton, a Trump supporter, stated that she joined Loeffler’s campaign because she was weary of “throwing things at my television” a year after the former president’s loss.

Buxton stated that she was saddened by Trump’s defeat and founded the women’s church group Christians Taking Action and Prayer, which focuses on voting and election strategies.

When asked if Mr. Biden was the genuine president, she paused for an extended period of time.

She stated, “He is seated in the chair.” “The electoral college confirmed his presence. So he is present. Here is where I am. I’m not going down that rabbit hole because I’d be able to jump up and down and scream a lot.”

The difficulty of contacting skeptic voters during the penultimate weekend preceding the deadline was evident. Georgia already has a high voter registration rate, and on that particular day, volunteers encountered a majority of individuals who did not answer their door or who had relocated – both physically and politically.

Scott Davenport, a previous supporter of former House Republican Speaker Newt Gingrich, stated that the neighborhood once consisted entirely of Republicans. However, those days are long gone, and he no longer displays a large sign in his yard in support of the former Republican leader.

Davenport, a father of two adult children who works in commercial real estate, stated that he began voting for Democrats during the Trump administration. He stated that he did not sign up for the Republican Party’s rhetoric on racial issues and denial of the 2020 election results.