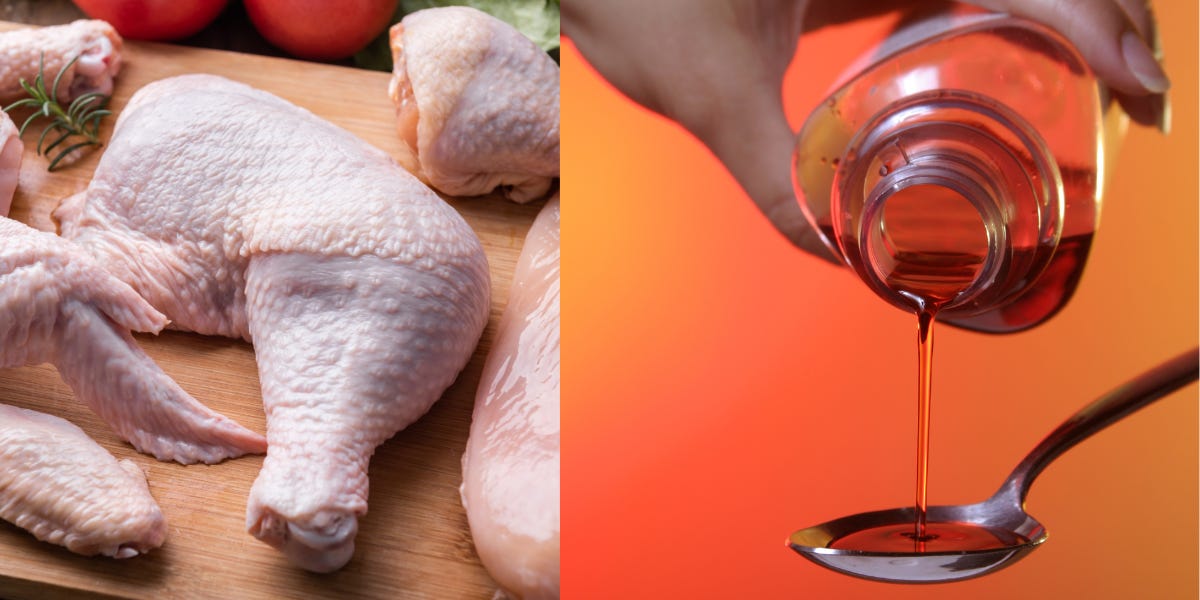 On September 15, the FDA pleaded with consumers to avoid soaking chicken in NyQuil, but it’s possible that the alert accidentally increased interest in the unusual TikTok fad and search volume by 1,400%.

The meme known as NyQuil Chicken, which first surfaced in 2017 on the troll-friendly message board 4chan, has recently returned on TikTok and Twitter.

The FDA cautioned about the dangers of frying chicken with cough medication and highlighted a “social media video challenge” in their statement.

No documented illnesses or fatalities linked to the recipe exist. The FDA cautioned that eating the #sleepychicken might result in liver damage and muscle disintegration, and even breathing the vapor could be harmful.

Videos of people pouring NyQuil over chicken breasts have been taken down from TikTok, and searches for the keyword now go to a website with information about hoaxes and risky challenges.

TikTok has added a notice that reads: “Participating in this behavior might result in you or others being injured.” Two of its surviving videos, which mostly critique #sleepychicken.

Government alerts, however, could have brought attention to the previously unnoticed joke.

TikTok provided data to BuzzFeed News that showed there were five searches for NyQuil Chicken on September 14, the day before the FDA issued its warning, and 7,000 searches on September 21, an increase of 1,400%.

Janet Yang, a communications professor at the University at Buffalo, told The New York Times that if anything gains a certain level of loudness or attention, “essentially you are making this more of a genuine thing than it actually is.”

Similar to this, worries about a “slap a teacher” TikTok challenge in 2021 sparked widespread fear over a fake trend.

However, it’s important to keep in mind that users often first see videos via the FYP section of the app rather than through search, and media coverage inevitably leads to related queries.

Furthermore, despite the fact that most TikToks now available on the app disproportionately include individuals making fun of NyQuil chicken, the platform allegedly eliminated harmful content, making it impossible to ascertain the exact number of films that were produced.

Insider’s request for comment from TikTok did not immediately get a response.

Although a lack of familiarity with digital platforms like TikTok has previously caused unwarranted fear, worries about risky digital “challenges,” especially those involving individuals consuming narcotics, are not baseless.

»Following the FDA’s warning about the trend, TikTok’s interest in ‘NyQuil chicken’ soared 1,400%«