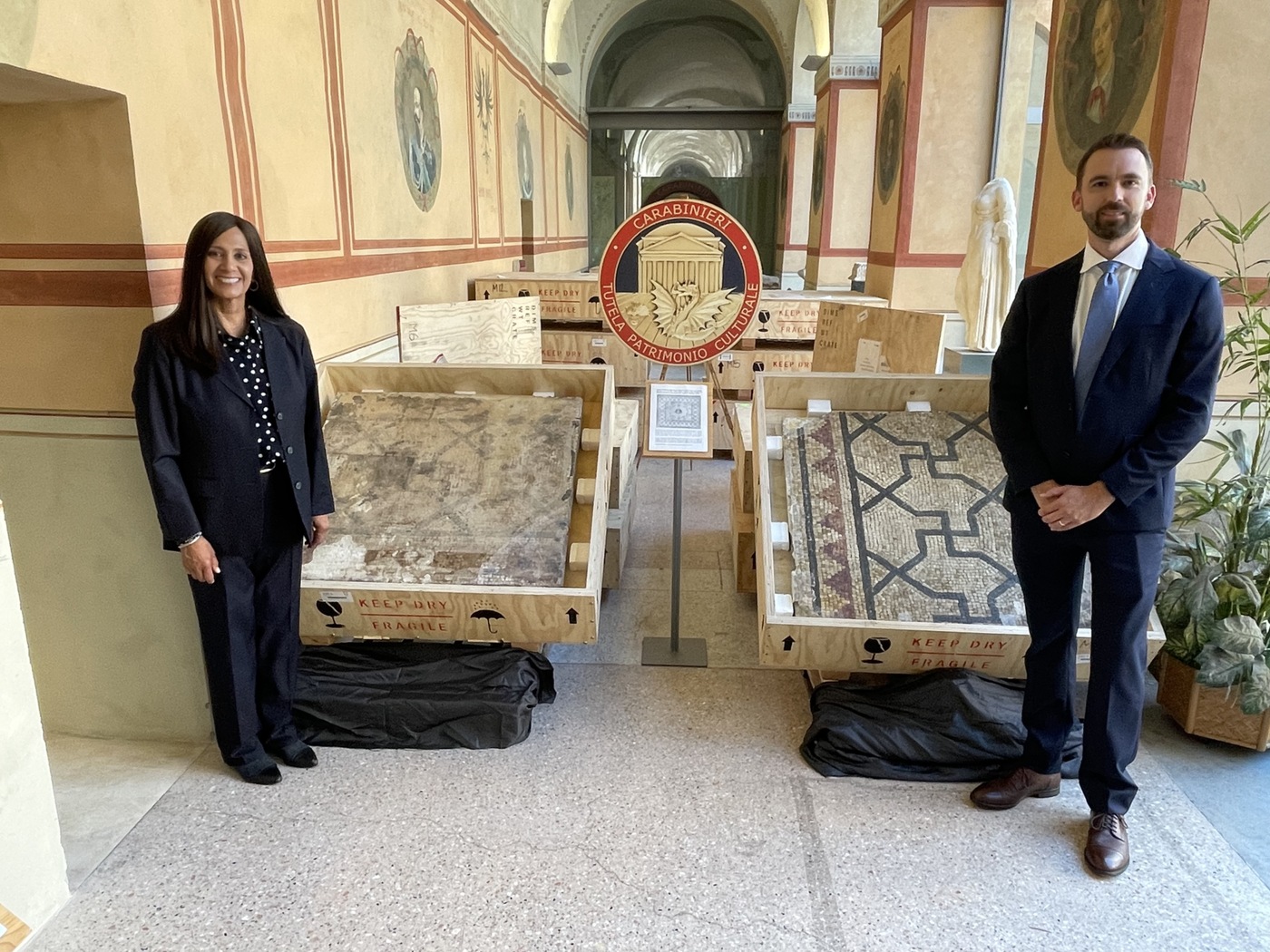 But it was necessary for the crew to deliver precious artifacts—some of which may have been missing for up to 100 years—back to their proper home in Rome, Italy.

“I had assumed that I would be looking into art theft and repatriating artefacts.

But delivering the appropriate things to the right people and managing contracts make up a large portion of the work that is done in the background, he added.

Since the 1980s, the massive sculpture has been divided into 16 parts and kept on separate pallets at a storage facility in Los Angeles. There were between 75 and 200 pounds on each pallet.

The mosaic pieces were mostly undamaged because of the climate-controlled facility they had been housed in, even if some of the pallets were termite-infested.

The customer was unable to sell the items because they lacked provenance, which is paperwork in the art industry. (Attempting to sell art without provenance is like trying to sell a vehicle without the title.

To enable the FBI to repatriate the mosaic, Special Agents Rivas and Grove were tasked with determining its rightful owner.

The mosaic was most likely of Italian or North African origin, according to a local specialist in the arts. Rivas thus began with the Italian liaison for the FBI.

A few months later, the mosaic was identified as being Italian by the FBI’s Italian equivalent, the Carabinieri, whose art squad routinely collaborates with the FBI’s art crime detectives. In 1909, it had been recorded as a cultural property.

The mosaic, which is an important piece of Rome’s history, is thought to be about 2,000 years old.

The mosaic’s existence is only known through a 1959 newspaper ad that purported to put it up for sale in the Los Angeles region.

The logistical difficulty came next. In order for the mosaic to arrive uninjured, it had to be properly packaged and delivered. Fortunately, the unknown person who owned the piece consented to pay for specific shipping containers.

With the owner’s cooperation, Grove added, “we made sure we recorded the condition and had everything we needed to bring it back to Italy.”

“Then, here in Los Angeles, we collaborated with the Italian consulate. Italy is really interested in this; they came and looked at the mosaic and assisted us with the logistics of transporting it back there.

Experts are now trying to clean and repair the artwork so that future generations may appreciate it. The artwork arrived safely in April.

“The mosaic was made by hand at a time when people invested an incredible lot of thought and care into it. It truly demonstrates the originality and brilliance of the period, according to Grove.

“Los Angeles is not where it should be. The people of Rome own the mosaic. It enables us to learn a little bit about human history from 2000 years ago.

The success of the repatriation depended on our capacity to cooperate and work closely with the Italian government, as well as on the art lawyer’s openness to speaking with Special Agent Rivas about the item.

We were delighted that they got in touch with us, Rivas stated. “If they hadn’t, it may have remained in storage for a further 100 years. It’s an effective illustration of how we may cooperate to return parts to their proper places.