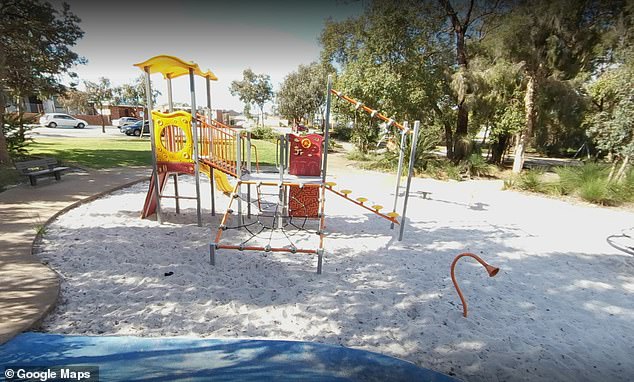 In Perth’s north-eastern suburbs, a man has been detained and charged with attempting to lure three youngsters into a car as they returned home from school.

The children, who are all younger than 13 years old, were approached in Ellenbrook between 2.40 and 3 p.m. on September 22.

WA Police allege that as the youngsters were walking home, a guy approached them and attempted to coax them into a grey Toyota.

Additionally, police are investigating a fourth incident that took place at 11 a.m. on the same day.

In that incident, a guy approached a two-year-old child at the Stanbury Park playground in Ellenbrook after exiting his vehicle.

A 19-year-old guy was subsequently identified by police at an Ellenbrook residence and charged with three counts of violating the terms of his protective bail.

At 11 a.m. on the same day, a guy exited his vehicle and approached a two-year-old at the Stanbury Park playground in Ellenbrook, according to a fourth incident being investigated by police (pictured)

Friday, he will appear before the Midland Magistrates Court.

Andrew Broadley, a detective sergeant with the Child Abuse Squad, advised locals to speak with their children since police fear there may be other unreported cases.

“We are aware that more youngsters may have been solicited without their parents’ knowledge,” he stated.

We ask the local community to have dialogues with their children, as there may be further occurrences that have not been recorded.

In addition, he asked parents to discuss with their children what to do if a stranger approaches them.

Detectives from the Child Abuse Squad are continuing to investigate the string of crimes.

Anyone who sees a man driving a grey Toyota Corolla near Ellenbrook or The Vines, specifically around Stanbury Crescent and Delapre Road, is requested to contact police.