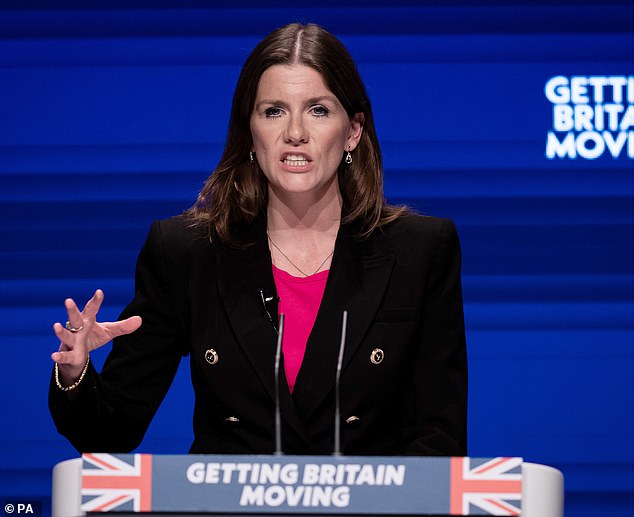 Party members applauded the Culture Secretary as she promised to eliminate EU regulations governing data privacy under the GDPR as part of a bonfire of bureaucracy.

A new British system based on “common sense” that safeguards privacy while averting losses from cyberattacks and data breaches was promised by Michelle Donelan.

She raged against the bureaucracy encountered by small companies, tradespeople, and even churches in her conference address and claimed they would no longer be “shackled.”

According to Miss Donelan, the EU’s data regulation “locks them up in knots with cumbersome bureaucracy.” It’s time to fully exploit this post-Brexit opportunity and unleash British business’s full development potential.

The General Data Protection Regulation, or GDPR, was implemented in 2018, although it is controversial.

The restrictions include complicated requirements for corporations as well as ongoing pop-ups that query online users about their data.

The Information Commissioner’s Office received a request from ministers last year to address worries that data protection was inhibiting innovation.

It will make life much simpler for businesses to start up, but will whatever replaces it genuinely improve things? said a senior retail source. That is the query.

Privacy experts, who have long advocated for more openness about how families’ data is used and kept, are sure to be alarmed by the plan, which includes the promise to make the UK “a bridge across the Atlantic.”