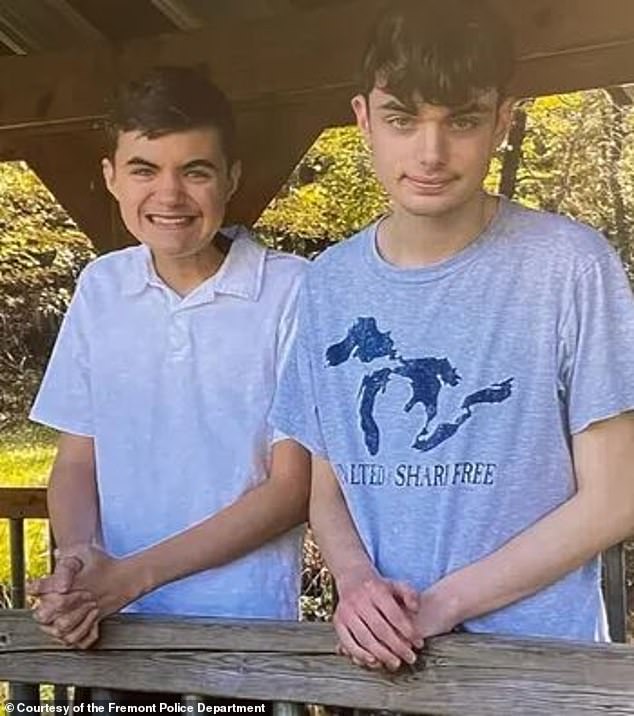 Police in Michigan are “extremely worried” for the safety of a couple and their two teenage boys who have inexplicably gone from their house.

Brandon, 19, and Noah, 15, together with Anthony and Suzette Cirigliano, all 51, have not been seen at their Fremont home since Sunday, and authorities suspect they are driving a silver 2005 Toyota Sienna minivan.

Since it became known that Anthony had phoned 911 in distress the night before they vanished to discuss a 9/11 conspiracy theory and was “paranoid” about the FBI and CIA, mystery has surrounded the case.

Police spotted Suzette’s elderly mother, who has dementia and is looked after by Suzette, walking the streets of Fremont alone and bewildered before they realized the family was gone, according to Fox News.

Suzette’s mother was taken back to the family home by the police, where they found the missing parents and their two boys.

Since then, police have investigated the house of the family and discovered Suzette’s and the two teenagers’ phones there.

According to authorities, the pair has not used their credit cards, there has been no movement on their bank accounts, and Antony’s phone is off.

Suzette’s old mother, who is now in the care of another relative, was left unattended, and the family looked to have departed suddenly.

Anthony had called 911 the night before they vanished to report a danger situation.

Anthony was whining about a complex problem related to the September 11 attacks, according to Rodwell.

He was exhibiting paranoia and some worries about the FBI and CIA, according to my officers.

That evening, two police officers visited their residence and chatted with Anthony for 45 minutes, according to the authorities. Suzette was also contacted to ensure her safety.

However, the police officers came to the conclusion that the family was not in immediate danger after their visit.

According to Rodwell, “They seem like extremely wonderful people who were taking care of their family.” Nobody has had any issues with these.

Anyone with information regarding the crime is urged to call the Fremont Police Department at 231-924-2100, according to Rodwell.