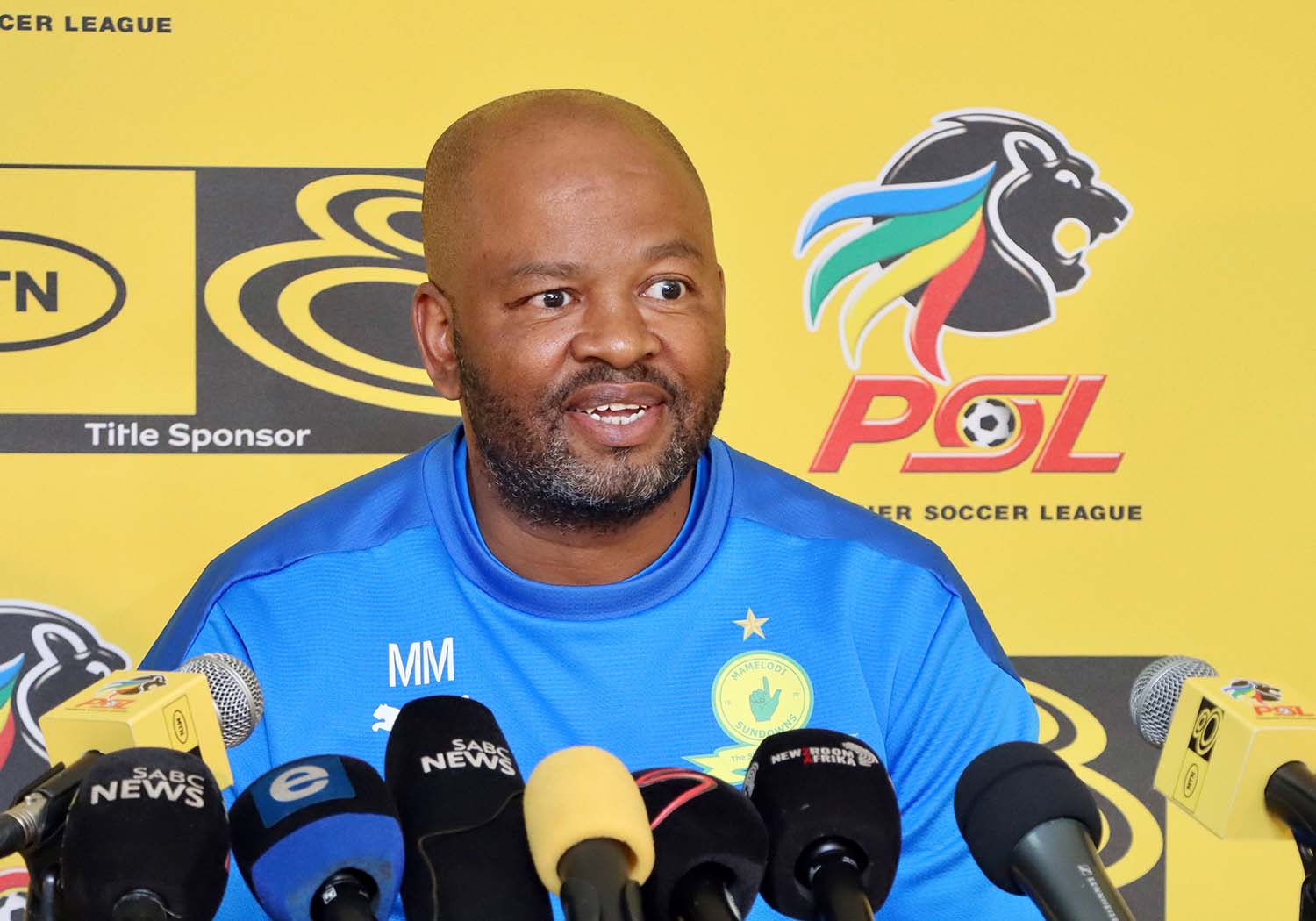 Mamelodi Sundowns will travel across Gauteng to meet second-placed Orlando Pirates at the Orlando Stadium in order to defend the MTN 8 Cup. The domestic treble-winning South African Champions will compete for a chance to defend the MTN 8 trophy, which they won on penalties at Moses Mabhida Stadium last season. Coach Manqoba Mngqithi is aware of his opponents’ new shape and tactics. During the MTN 8 press conference, the Brazilians’ coach spoke on the weekend’s matchup, stating:

“I believe the preparations have gone extremely well; but, after the FIFA Break, it is uncertain if there will be another match before such a crucial encounter. There will always be uncertainty over the team’s reaction after the break, but in terms of preparations, I believe everything has gone quite well. We have analyzed the opposition’s 3-4-3 formation, which they have adopted this season, as well as the fact that they are fitter and occasionally have two forwards and one 10. Sometimes they play with one striker and two number 10s, with two central midfielders and two number 10s forming a block in the midfield.

Bafana Ba Style have adjusted relatively well to the new season, with a 2–0 victory over Cape Town City and a 4–0 thumping of AmaKhosi being the season’s high point so far. Saturday’s match will be the first meeting of the new season between the two clubs, with Bafana Ba Style traveling to Esigodini. Downs have beaten Pirates four times in a row over the past two seasons, and the Tshwane giants finished the previous season 16 points clear of the runners-up. Coach Manqoba has stressed his team’s determination to win on Saturday and maintain their domestic domination.

“It’s going to be a very intriguing contest, and I’m looking forward to a very great football encounter with a lot of goals because this game deserves goals, and I’m curious as to which team will score the most. As a team, we always enter a game with the intention of winning; this is our advantage. We put out our best effort; we’re not going to sit back and let them play in front of us.”

“We have no intention of going there and merely watching them play in front of us; that is not our plan.” We will not travel to Orlando with the intention of returning with a tie and hoping to win in the second leg. We have too much experience in this area of two-legged contests, and we know what will likely occur. If we bring our A-game and match their hunger, I believe that our superior quality will ultimately win.”

Mamelodi Sundowns face Orlando Pirates in the first leg of the MTN8 semi-final this afternoon at the Orlando Stadium. The game will air live on SuperSport at 15:30.