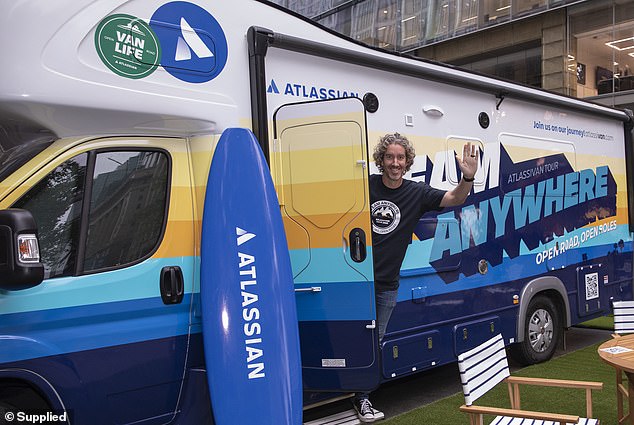 Depending on where they reside, Australians who work for software company Atlassian get varied pay.

Co-CEO Scott Farquhar disclosed that there is a distinct compensation scheme in place for workers who live in NSW and Victoria compared to personnel in other states. Farquhar is presently travelling throughout Australia in an effort to attract more than 1000 new employees.

For instance, a worker in a NSW town like Byron Bay, Gosford, Newcastle, Nowra, or Wagga Wagga would make more money than a worker in a different state or territory’s capital like Brisbane or Canberra.

According to the corporation, the nation is divided into two zones, with NSW and Victoria being in Zone A and the rest of the country being in Zone B.

Farquhar said that the approach was based on an employee’s cost of living and was not discriminatory.

He told the Australian Financial Review, “We have high-paying employment in all areas, and we pay somewhat differently in some of the main metro cities to recognize the expense of living there.”

However, compared to local incomes in the area, the pay rates for these positions have climbed dramatically.

The average wage disparity between workers in NSW or Victoria and those in other regions of the nation was not disclosed by Atlassian.

Last week, Farquhar traveled on a recruiting drive while using an Atlassian-branded campervan to emphasize his argument.

He said that he was looking to recruit 1,032 new Australians for research and development positions and promised them the ability to work from “anywhere.”

According to a statement from the firm, “Many Australians may realize a goal in tech without having to migrate because to Atlassian’s work from anywhere policy (Team Anywhere).”

The company’s recruiting campaign started at Martin Place in Sydney and then evolved into a road trip.

The alleged “AtlassiVan” has already made stops in Canberra and Wollongong, and it will also stop in Melbourne, Adelaide, Newcastle, Brisbane, Gold Coast, and Sunshine Coast.

Depending on prior responsibilities and expertise, the typical wage range for Atlassian positions is between $100,000 and $150,000.

Farquhar and Mike Cannon-Brookes launched Atlassian in 2002 when they were students at the University of NSW, and it has since evolved to become the largest software company in Australia.