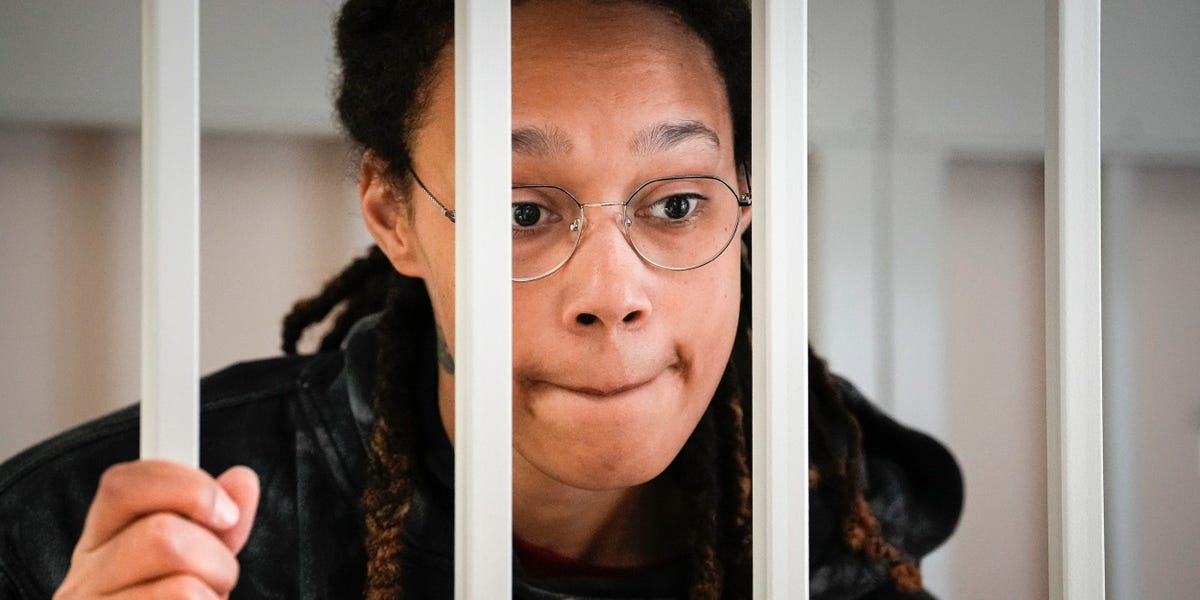 Though the WNBA superstar and two-time Olympic gold medalist “did not expect any miracles,” as her attorneys Maria Blagovolina and Alexander Boykov stated in a statement provided to Insider, she maintained some hope that the judges would “hear the arguments of the defense and reduce the number of years” she’d have to spend in one of Russia’s infamous penal colonies.

Instead, Griner’s greatest nightmare was confirmed, as the courts affirmed the initial nine-year sentence that everyone, from fellow athletes to US Vice President Joe Biden, found “unacceptable.”

In a joint statement, Blagovolina and Boykov asserted, “Brittney possesses a champion’s mental fortitude and character.” The fact that she has been separated from her loved ones for almost eight months and is under an increasing amount of stress does not prevent her from experiencing highs and lows.

They noted that although Griner was “prepared for the appeal,” she was “extremely worried” in the days preceding the verdict.

In February, customs authorities at a Moscow airport discovered vape cartridges carrying hashish oil in the suitcase of the eight-time WNBA All-Star. Since then, Griner has been navigating a hostile, incoherent, and inconsistent Russian legal system.

Her pre-trial incarceration was extended multiple times, and when she was ultimately brought before a judge, Griner encountered “a kangaroo court” less concerned with justice than with achieving the state’s “predetermined” verdict, sources told Insider prior to the trial.

The 6-foot-9 Phoenix Mercury star was sentenced to nearly the maximum nine years in a Russian jail colony despite pleading guilty in an attempt to win mercy. She and her attorneys appealed the ruling almost immediately, but legal experts told Insider that the effort was never likely to earn her freedom.

The most promising route for Griner’s release from foreign detention is a prisoner exchange between the White House and the Kremlin. According to reports, the United States has offered to trade renowned Russian arms dealer Viktor Bout for the return of Griner and fellow American Paul Whelan. However, American government officials say that Moscow has yet to make a meaningful counteroffer.

As a result, Griner has not been in a good mental state in recent weeks, as her wife has stated in recent interviews. The WNBA star just celebrated her 32nd birthday in a detention cell hundreds of miles from home, and she is aware that it is doubtful she will be able to return to the United States before the midterm elections on November 8th.

Griner will now be transported to one of Russia’s notoriously cruel correctional colonies, where torture, sickness, and forced work are commonplace, according to her attorneys.

In a statement released Tuesday morning by National Security Advisor Jake Sullivan, the White House pledged to continue making “every effort to bring Brittney home and to support and advocate for other Americans jailed in Russia, including fellow wrongfully detained Paul Whelan.”

The statement added, “President Biden has been quite clear that Brittney should be released immediately.” “In recent weeks, the Biden-Harris Administration has engaged Russia through all possible channels.”

“The President has proved that he is ready to go to incredible lengths and make difficult decisions to bring Americans home, just as his administration has successfully done with other governments.”