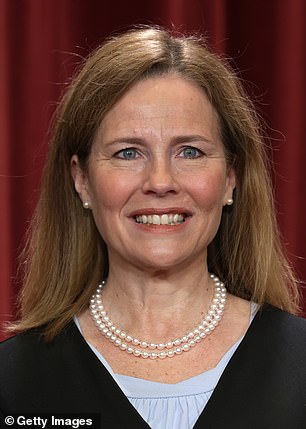 An urgent request by a taxpayers’ organization to block President Biden’s student debt relief proposal from going into effect on Sunday was denied by Supreme Court Justice Amy Coney Barrett.

In rejecting the appeal from the Brown County Taxpayers Association, which has repeatedly lost cases in lower federal courts, Barrett made no comments.

The organization said in its Supreme Court submission that it required an urgent injunction to halt the scheme because the government may start canceling outstanding student loans as early as this coming Sunday.

Barrett is in charge of responding to emergency requests from Wisconsin and its neighbors. She took independent action without consulting the other judges. Additionally, she did not even request a response from the Biden administration, demonstrating that the application lacked solid legal support.

The group’s lawsuit had previously been rejected by U.S. District Judge William Griesbach, who concluded that they lacked standing to file the claim.

Judges on an appeal bench declined to intervene and issue an urgent order.

The Biden administration is moving ahead with a proposal to forgive up to $20,000 of student loan debt for Pell Grant recipients and up to $10,000 of federal student debt for students who earn less than $125,000.

The organization said that the Biden administration’s action violates the Constitution, exceeds its executive authority, and is directed against American taxpayers in its application for an immediate injunction.