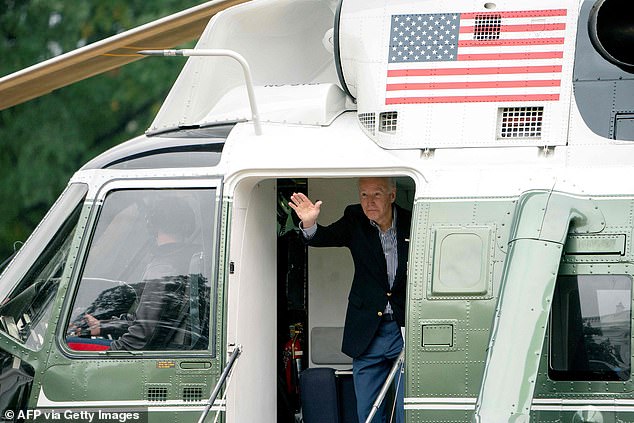 Joe Biden will visit Florida to meet with Ron DeSantis as the state works to rebuild from Hurricane Ian’s devastation, which claimed at least 100 lives. Nobody, though, is counting on the face-to-face to go well.

Governor DeSantis and Senator Rick Scott, two of his most prominent Republican foes, will accompany Biden on his trip to Florida on Wednesday.

On Wednesday, after the president utilizes a helicopter to survey the hurricane’s destruction in Fort Myers, DeSantis will inform Biden on the disaster response with state and local officials.

Biden plans to focus on the Hurricane Ian victims rather than politics, despite the fact that everyone is watching Florida for a potential clash between the Democratic president and the Republican governor.

There will be plenty of opportunities to discuss the differences between the president and the governor, White House Press Secretary Karine Jean-Pierre said during her briefing on Tuesday, but this specific time is not the appropriate one.

She told the reporters, “We are one when it comes to meeting the needs of the people of Florida, especially in the aftermath of Hurricane Ian. We are all collaborating.

As of Tuesday, 109 people have died as a result of the storm. Nearly a week after Hurricane Ian made landfall in Florida, as of Wednesday morning, 318,000 homes and businesses lacked power.

The president said on Wednesday that the federal government will completely support “debris removal and emergency protection measures” in Florida for 60 days after the first incident.

The initial 30-day assistance term, which was mentioned after the hurricane last month, has been extended.

DeSantis has emerged as a potential alternative GOP presidential candidate in 2024 as more and more moderate Republican supporters distance themselves from the ultra-MAGA beliefs. President Biden has often said that he plans to run for reelection even though he hasn’t made a formal announcement.

During his visit to Florida, Biden will pledge to provide more support to help the state recover from the category four disaster.

The devastation from the storm, which caused thousands of people to lose their homes, is estimated to have cost $60 billion.

The storm caused power outages for more nearly 4 million homes and businesses in Florida, over 1.1 million in North and South Carolina, and more.

When it comes to federal support for states, partisanship between the White House and governors of the opposing party has dissipated in recent years.

Barack Obama shook hands with and hugged Republican governors Chris Christie of New Jersey and Charlie Crist of Florida, whose states had also been affected by severe disasters at the time. The hug ended Crist’s political career and damaged Christie’s, who will face DeSantis in 2022 as a Democrat.

DeSantis doesn’t need to worry that Biden’s visit would reduce his GOP standing and popularity since the majority of his political platform focuses on opposing left-leaning proposals.

He will be in favor of federal money for Florida, but don’t expect any bear hugs.

In their phone conversations, the president and the governor showed remarkable bipartisanship at a time of deep political divide in the US, especially with less than five weeks before the midterm elections. They professed their love for one another.