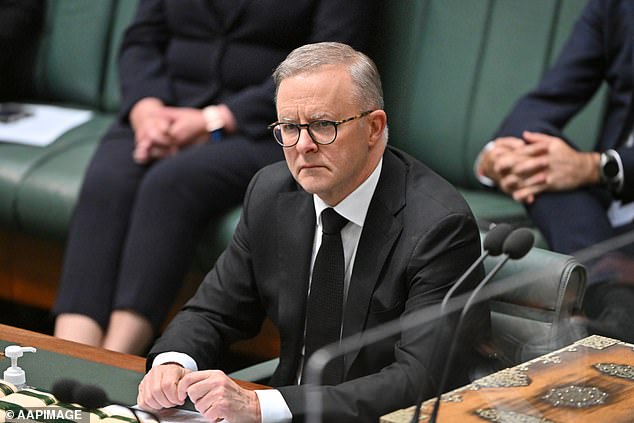 Anthony Albanese has expressed his support for teaching students in schools about the British settlers’ killings of Native Americans.

The Prime Minister emphasized the value of educating kids about Australia’s history, including the atrocities committed against some Indigenous communities.

In a Tuesday morning interview with the breakfast show on 4BC radio, he said that telling the truth is also a part of learning about our history.

The truth is that Native Americans endured significant suffering. Though not all, many did. Murders were committed, there were massacres.

And we must be open and honest about that. Not as a means of humiliation, but just to be on the up and up. It’s how Australia does things.

Mr. Albanese stated his support for the national school curriculum’s inclusion of lessons on the atrocities committed against Indigenous people.

A discussion about the Voice to Parliament, a proposed body to advise the federal parliament on issues affecting Indigenous people, prompted his response.

When asked about a potential timeframe for the Voice referendum, Mr. Albanese responded that he was “waiting to have consultation.”

“We are aware of how challenging it is to set up a referendum.” But the idea is really straightforward,’ he added.

“Our country’s birth certificate is the Constitution.” And as of right now, it acts as though nothing occurred prior to 1788.

“Recognizing that we have shared this continent with the oldest continuously existing civilisation on the planet is good manners and should be a source of pride.”

It occurs as the first public service announcement urging Australians to support an Indigenous voice in parliament was made public on Monday.

The advertisement, which was filmed close to Alice Springs, shows Pitjantjatjara and Nyungar playwright and actor Trevor Jamieson addressing a group of seated Indigenous kids in an outdoor setting while it appears as though they are gathered around a campfire.

“I have a tale to share with you. It is a good one, says Jamieson.

It concerns how these individuals, the First People, gained voice.

Then, scenes switch between an Asian grandmother cooking with her grandkids and a father fixing a son’s bike as they later discuss how they proudly cast “yes” votes in the referendum.

Then Jamieson claims that Native Americans “lacked a voice.”

no voice in decisions that impacted them. It didn’t feel right.

The advertisement depicts a grassroots movement of mostly young people who are in favor of a “yes” vote and who are texting, calling, conversing in public, and getting tattoos.

According to the elderly Asian woman, “Everyone walked side by side.”

And that’s how we made history and improved this country, Jamieson continues.

Jamieson is questioned by one of the kids, “Is that story true?

Jamieson responds, “It may be,” with a wistful look.

The final words of the advertisement are “Vote Yes for a First Nations Voice to Parliament” and the tagline of the new campaign, “History is calling.”

The co-chair of the Uluru Dialogue, Pat Anderson, who is seen in the advertisement standing between two kids, told The Guardian that the advertisement urged Australians to start having conversations about a brighter future.

She declared, “History is calling, and silence has never made history.”

“It is up to every Australian to respond.” We implore the populace to follow us on this last leg of the journey toward a better future.

A majority of the states must agree in order for a referendum to pass, but the poll indicated it was also a simple task.

Australians between the ages of 18 and 29 had the highest support rate (85%), but those over 50 had support rates remained above 50%.