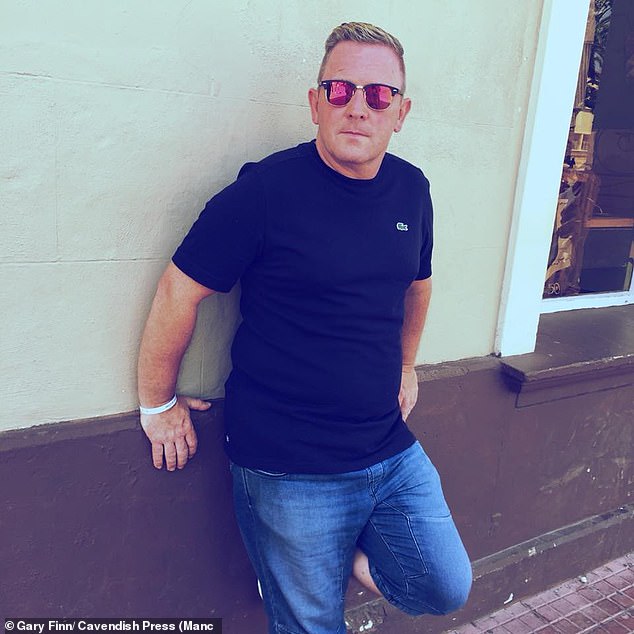 A boss of a recycling company who smacked his daughter, who battles anorexia, across the face for “posting embarrassing pictures of him on Snapchat,” avoided going to jail.

Around 11.30 p.m. on August 19, Gary Finn, 51, struck the 15-year-old girl he called “his princess” with the back of his hand inside the Kearsley, Greater Manchester, home.

After the police were called, Finn, a manager making £39,000 annually, was charged with assault by beating, which carries a maximum jail sentence of six months.

Finn was fined £748 at Wigan Magistrates’ Court for assault and ordered to pay £384 in costs as well as a victim surcharge.

A 12-month restraining order was also issued against him, preventing him from speaking to his now-separated daughter. Since then, he has left the family home and is now living with his sister.

“I’ve seen him be violent before, but this was different — he made me more scared than usual,” the daughter said in a statement.

“I feel like I can be angry at people because of him,” the speaker said.

Before the two started fighting and he took her phone, it’s likely that Finn had asked the teen how she felt if he posted similar photos of her online.

She attempted to reclaim the device and storm out of the lounge, but Finn’s partner had to separate them after hearing the commotion from upstairs.

The defendant entered his living room, where his 15-year-old daughter was using her phone and watching TV, the prosecutor, Miss Hannah Nicholls, said. His daughter began to mock him and imitate his voice as soon as he entered the room with his top off.

Infuriated by this, Mr. Finn believed his daughter was snapchatting pictures of him without a top. In response, he grabbed her phone and threatened to share humiliating photos of his daughter on social media.

The daughter, who was very aware of her physique, had been identified as having anorexia during the lockdown. He then flung his hand back and slapped her straight in the face as she attempted to get her phone back and go through the door.

She had a red bruise on her face as a result of this, and the two started to argue. To step in, Finn’s companion descended the stairs.

When the defendant tried to stop his daughter from striking him by seizing her with both hands, she spat on him instead.

Finn was reportedly transported to a police station and described as being “very repentant,” the court was told.

He said that being at the station so early in the morning had startled and traumatized him.

Finn apologized and said: “At my age, I don’t even know how to use social media,” in a statement read out to the court. My daughter is still my princess in my mind, and I have many fond memories of her.

Due to the diagnosis of his daughter’s anorexia, according to Finn’s attorney Samantha Cole, Finn had been under stress. He and the girl’s mother visited her daily after the youngster was taken to the hospital during the height of her sickness.

But as a result of his daughter’s sickness and self-harm, they split up.

According to Miss Cole, the altercation was just a scuffle between the two of them, and the attack was a swift instinctual action. It began as friendly conversation but veered much too far beyond that.

He was a decent guy who had never even entered a police station before this occurrence. He works hard, manages a recycling company, and makes around £39,000 a year.

He moved out of the family home but continues to make mortgage payments. Right now, he lives with his sister.

“This is a really terrible situation involving a family, and in my view, they shouldn’t be brought before the criminal justice system,” she said. Offering counseling is a good idea. The situation between the parties will become better over time because it usually does.

“Any domestic abuse is a serious problem, but this is a sad one-off family occurrence,” sentencing JPs told Finn.