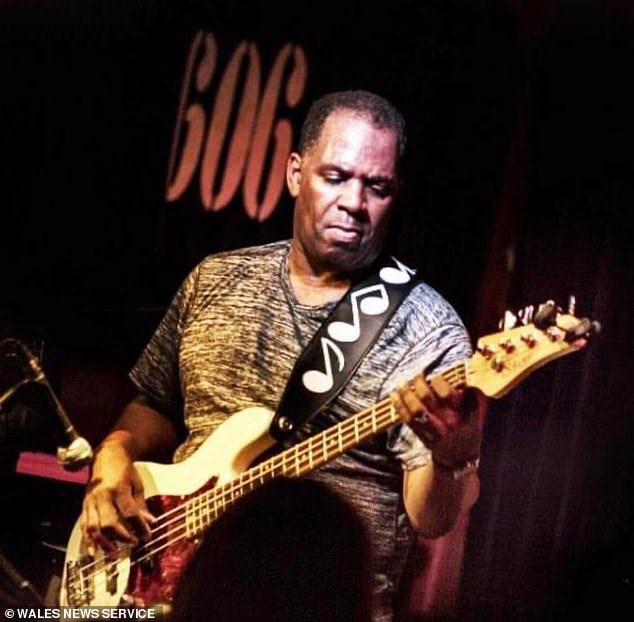 A Welsh nightclub patron has been accused with the racial assault of Earth, Wind, and Fire star Morris ‘Mo’ Pleasure.

The American-born artist was assaulted at the Pier Pressure nightclub in Aberystwyth on April 3 after overtaking a man in the queue around 2:00 a.m.

Mr. Pleasure, 60, who has also performed with Michael Jackson and the Average White Band, was slapped on the head and subjected to racial slurs upon entering the club. CCTV cameras filmed the attack.

Since then, 25-year-old Hefin Parker of Aberystwyth has been charged with racially aggravated common assault and assault by beating of Mr. Pleasure.

Wednesday he is scheduled to appear before the town’s magistrates.

Mr. Pleasure and his wife moved to the Welsh beach community of Aberystwyth more than two years ago.

When he was attacked, he was visiting the Pier Pressure club on Royal Pier with his wife’s two sisters.

Police produced a video in relation to the assault on the multi-instrumentalist, who is the musical director for Bette Midler, and issued a call for witnesses.

In April, at the time of the alleged assault, Mr. Pleasure stated, ‘It was a profoundly disturbing experience.’

Aberystwyth is a lovely place that my family has called home for the past year and a half. Since this incident occurred, the Aber community has been incredibly friendly, and the support I’ve received has been astounding.

The parents, whose daughter is less than a year old, expressed gratitude for the community’s assistance.

Mr. Pleasure stated, “Because my wife and I have a daughter, we feel obligated to call out racism when we see or hear it, in the hopes that our daughter will never encounter this type of abuse in her lifetime.”

His wife said, “No one is a bigger Aberystwyth supporter than me.” Racism is pervasive.

It occurs frequently, even in small ways that people do not recognize. It’s about education and people having a deeper awareness that racism can and does occur in our lovely city. As a community, we wish to eradicate and denounce such behavior.

Ms. Macias, speaking mere days after the assault, remembered how a man in the venue’s line hurled “every racist term under the sun” at Mr. Pleasure.

They were enjoying a wonderful evening. My sisters entered first, and Mo got smacked on the back of the head as he followed them in,’ she explained.

She referred to the bouncers as ‘awesome’ and ‘on Mo’s side’ as they asked the aggressor to leave.

“Mo arrived home distressed. Ms. Macias reported that he stated, “I’m simply accustomed to this,” as she recalled his words.

And that saddened me so much. What he endured was truly revolting. As a Black man from the United States, he has experienced this his entire life.’

She praised the police for offering Mr. Pleasure emotional support and classifying the assault as a hate crime.