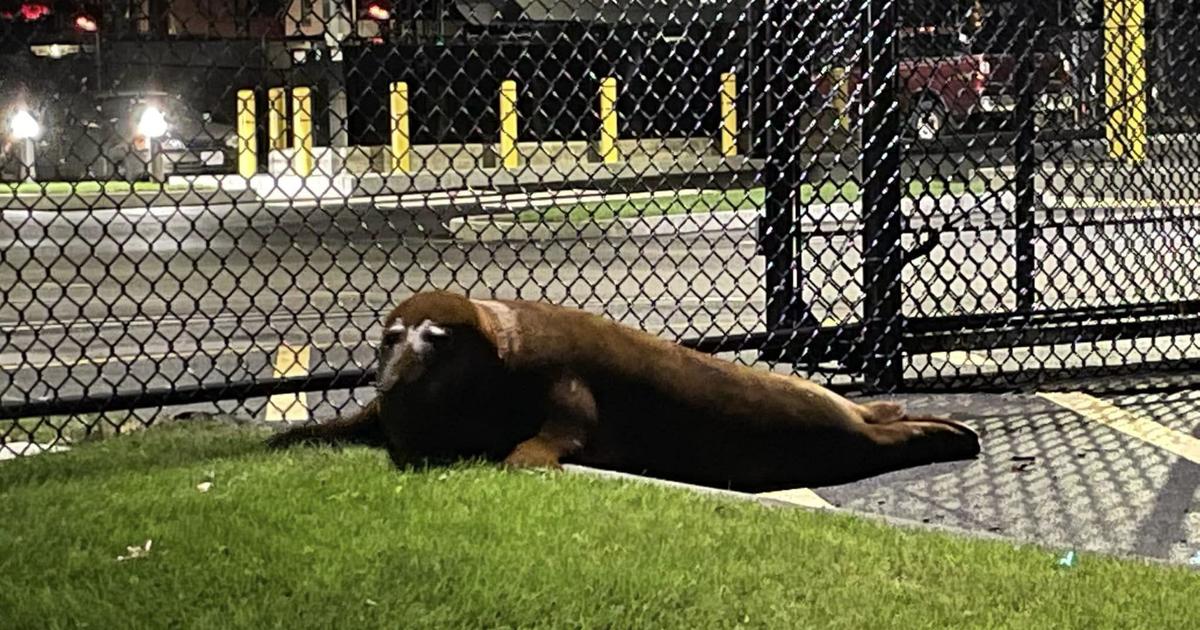 A grey seal that got lost in a pond in Massachusetts and avoided arrest by officials gave himself in on Friday after stumbling up to the neighbourhood police station.

In Shoe Pond in Beverly, a community northeast of Boston, the grey seal initially emerged earlier this month. The animal is said to have come from the sea to the pond through a river and some drainage pipes.

The seal immediately gained notoriety in the area and was given the name “Shoebert” in honour of the pond of his choice.

Firefighters and wildlife specialists attempted to catch the cunning animal on Thursday using boats and enormous nets, but gave up after several futile hours. However, early on Friday morning, Shoebert exited the pond, crossed a parking lot, and showed up at the side door of the neighbourhood police station seeking “some aid,” according to a police statement.

According to a Facebook post from the Beverly Police Department, a team of wildlife specialists, firemen, and the department’s “entire midnight shift” successfully captured the seal.

The department said that Shoebert “looked to be in excellent health and was a touch feisty in the early morning hours.”

According to Sarah Callan, manager of the aquarium’s animal rescue programme, the seal was brought to Mystic Aquarium in Mystic, Connecticut, where aquarium officials would examine him medically before releasing him back into the wild.

Callan continued, “He’s behaving like a regular, feisty 4-year-old grey seal. “We’re going to release him among some seals in a calm, isolated area.”