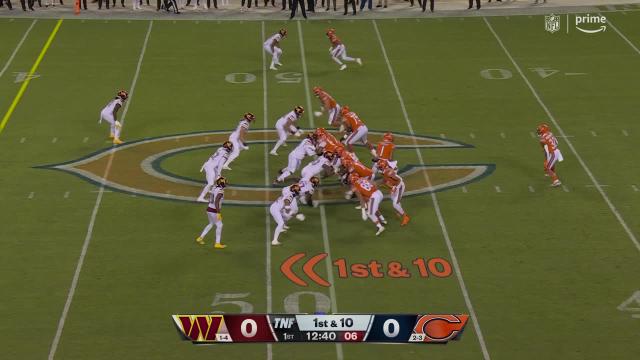 Robinson crossed the goal line for the first time in his NFL career after the Commanders recovered a muffed punt deep in Chicago territory, giving the Redskins a 12-7 advantage they would not relinquish.

Robinson’s score was not only a declaration of his presence in the NFL, but also evidence of his speedy recovery.

Prior to the start of the 2022 NFL season, Robinson was shot twice in the leg during a carjacking attempt in Washington, DC, six weeks ago.

Robinson underwent a successful operation following the gunshot, and the Commanders have not ruled out his comeback this season if his recuperation goes well.

“The doctors were quite optimistic about him, and he was as optimistic,” stated head coach Ron Rivera after his surgery in late August. “He is quite fortunate. He is performing well. It is only a matter of time before he returns. There is no timescale, but the outlook is really optimistic.”

Nonetheless, even the most optimistic person would have been startled to see Robinson suiting up for Washington a month and a half later.

Robinson saw his first game action in Week 5 against the Titans, carrying the ball nine times to lead the Commanders.

It was a fairly fantastic scene in Washington on Sunday when Robinson took his first steps onto his home turf.

Then, on Thursday, Robinson outdid himself by scoring the game-winning touchdown for Washington against the Bears late in the fourth quarter.

After the Washington defense made a final stop, Robinson’s touchdown proved to be the game-winning score, resulting in a 12-7 victory for the Commanders.

»Washington running back Brian Robinson Jr. scored a game-winning touchdown six weeks after getting shot twice in the leg«