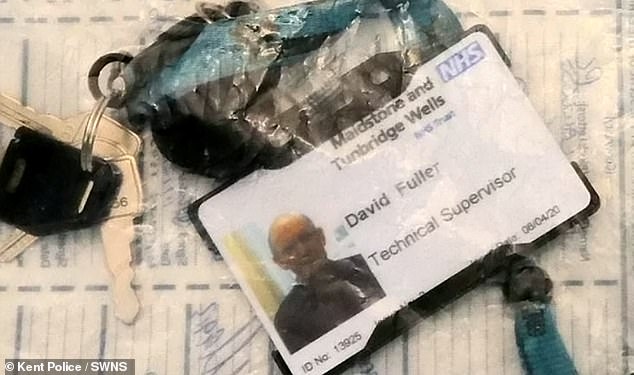 The ‘unexpected level of evidence’ has delayed the release of a report on the gruesome acts of David Fuller, who tortured corpses in hospital morgues where he worked.

As the hospital’s electrician, Fuller was able to commit his heinous atrocities throughout the whole institution.

After being convicted of two counts of murder and the sexual abuse of bodies – both at Tufton Wells and the former Kent and Sussex Hospital – he will spend the rest of his life in prison.

After pleading guilty to the 1987 brutal murders of Wendy Knell and Caroline Pierce in Maidstone Crown Court on December 15, he was given two life sentences without the possibility of parole.

He was sentenced to 12 years in prison for offenses, including those against the morgue.

Since then, more sex crime victims have been identified in mortuaries.

These 13 known victims and 10 unidentified female victims have resulted in the filing of 16 further charges against Fuller.

The investigation into Fuller’s actions was announced by the Secretary of State for Health and Social Care in November of last year. It has worked with the families of more than 100 female victims who were killed.

The investigation was expected to provide its “phase 1” report by the end of the year. This will study how and why Fuller was able to commit his crimes on corpses without being detected.

However, this preliminary study will not be released until “the early half of next year.”

The families have been updated by the chairman of the Independent Inquiry, Sir Jonathan Michael.

A statement from the investigation stated, ‘The volume of evidence the Inquiry has received and continues to receive, as well as the number of people to question, is significantly more than anticipated.

“In order to guarantee that every material is thoroughly studied and analyzed, the Inquiry will require more time than originally anticipated.” Sir Jonathan Michael and his staff are committed to thoroughness and will strike a balance between thoroughness and efficiency.

This indicates that the initial report on topics pertaining to Maidstone and Tunbridge Wells NHS Trust will be published in the first half of 2023.

The extra accusations announced against Fuller are not likely to affect the schedule of our work at this time.