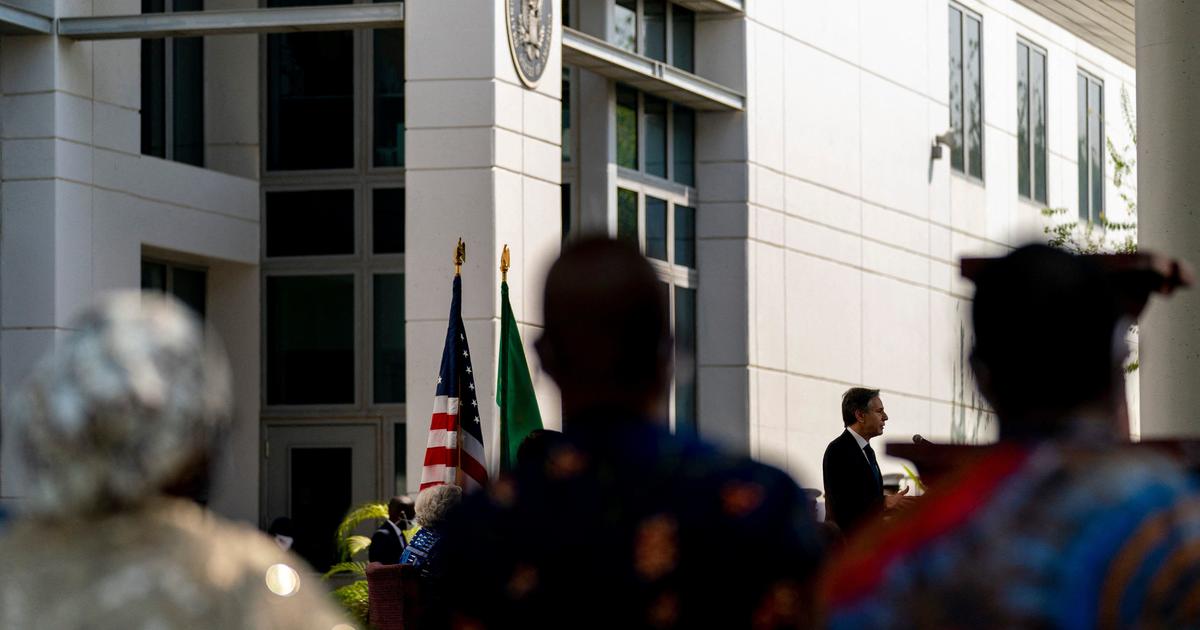 The United States ordered diplomats’ families to evacuate the Nigerian capital, Abuja, citing a “heightened risk of terrorist attacks,” according to the Nigerian police force.

The specifics of any threat remained unknown, but inhabitants of the Federal Capital Territory (FCT) have been on high alert since Sunday, when a number of Western embassies altered their travel recommendations, citing an increased risk in Abuja in particular.

Nigerian security forces are engaged in combat with jihadist rebels, primarily in the country’s northeast, although ISIS-affiliated terrorists have claimed responsibility for numerous recent strikes near the capital.

In a late-Thursday statement, the Nigerian police urged “all strategic police managers in charge of commands and tactical formations inside the country to bolster security in their respective jurisdictions, particularly in the FCT.”

The Inspector General of Police, Usman Alkali Baba, stated that “all emergency numbers” should be enabled to ensure “a rapid reaction 24 hours a day, seven days a week with combatant officers and men on standby.”

The statement was issued as the U.S. State Department ordered the evacuation of diplomats’ families and permitted the departure of non-emergency government personnel from Abuja on Thursday.

“Terrorists may attack with little or no warning,” citing malls, marketplaces, hotels, places of worship, restaurants, bars, and schools as potential targets, the State Department stated in its country summary for Nigeria, without providing any other information.

According to The Associated Press, the alert also recommended all Americans to reconsider traveling to any portion of Nigeria and to avoid visiting the country’s capital.

The U.S., Britain, Australia, and Canada issued warnings over the weekend; but, the latter three countries had not ordered the evacuation of workers or their families as of Friday morning.

Separately, the United States warned this week of a potential “terrorism” strike on Johannesburg, the largest city in South Africa.

The administration advised Nigerians and foreigners in the country to “be vigilant, but not panic.”

Minister of Information and Culture Alhaji Lai Mohammed stated, “I can promise you that our military and other security services have continued to do all necessary to secure and protect Nigerians and foreigners living in Nigeria.”

During a press conference on Tuesday, he stated, “Terrorists have been hit severely and forced to flee.”

The risk assessments and travel recommendations of certain European embassies and international organizations in Abuja have not been updated.

“We do not have a crisis to address; rather, we are managing the panic,” a top security manager with a capital-based international organization told Agence France-Presse, requesting anonymity.

“We do not know the motivation (behind the U.S. evacuation). We are taking preventive steps and actions, but otherwise, business as usual “he stated.

Jihadists operate primarily in the northeast of the country, far from the capital, although they have tiny cells in other regions.

The last time one of the organizations, Boko Haram, targeted the city’s central business district was in 2014.

In the past six months, however, the Islamic State West Africa Province, which has ties to ISIS, has claimed responsibility for a number of actions in and around the FCT, including a major jailbreak in July.

More than 400 convicts, including dozens of suspected jihadists, fled from Kuje, prompting President Muhammadu Buhari to express “disappointment” in his intelligence services.

In addition to the threat posed by terrorism, the nation’s capital is bordered by states with high levels of banditry — bands of gunmen who kidnap and murder for no ideological reason.

Analysts have cautioned that the start of political campaigning for the general election to replace Buhari could exacerbate insecurity.