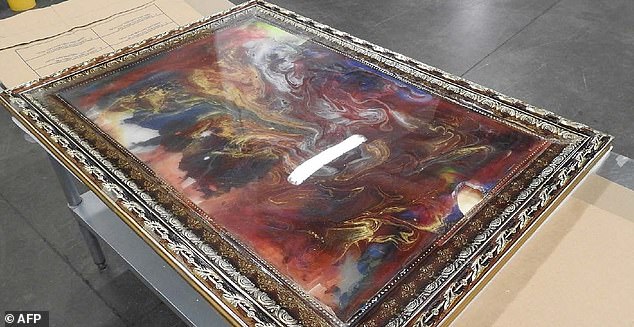 The destiny of a guy who attempted to transport more than four kilos of ice from Canada to Australia has been revealed. The ice was hidden in a photo frame.

After entering a plea of guilty to trying to possess a commercial amount of an unlawful narcotic that was seized by Royal Canadian Mounted Police in October of last year, Troy Mitchell Kempton, 39, of Perth, was sentenced this week in WA District Court.

In the frame of a picture, they discovered three vacuum-sealed bags filled with a white crystalline material that tested positive for ice.

The box was delivered to the intended destination in Embleton in Perth’s northeastern suburbs after Australian Federal Police were notified and collaborated with Canadian officials to remove the narcotics.

When AFP officials subsequently carried out a warranted search of the residence, they discovered the replaced pills hidden in a pillowcase buried in a flower bed.

Other pieces of the box, such as the picture frame’s wooden back panel, were thrown away behind trash cans.

Kempton’s fingerprints were subsequently uncovered after forensic examination of the packaging the replacement material was discovered in.

Authorities seized 4.1 kg of ice with a street value of roughly $4 million, or 41,000 transactions.

Kempton might have spent the rest of his life in prison after entering a guilty plea earlier this year.

Instead, he received a five-and-a-half-year prison term, of which he must serve at least three and a half years before being eligible for parole.

The usage of methamphetamine is very harmful to both addicts and the general public, according to AFP Detective Acting Superintendent Andrea Coleman.

The Royal Canadian Mounted Police and the AFP worked together to break up an international drug supply network and prevent the methamphetamine from reaching West Australians.

We also stopped the plot’s participants from making money from the community and utilizing the projected $4 million in street sales to finance other illegal activities.

»Troy M. Kempton is jailed in Perth for $4m meth in Canadian art«