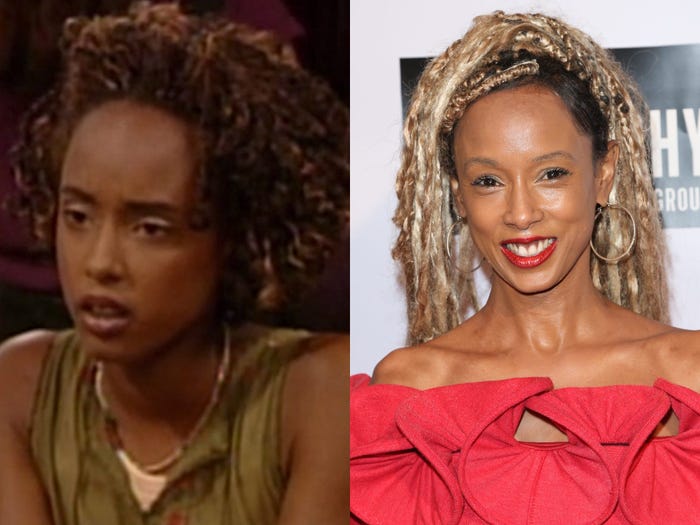 Trina McGee, who played Angela Moore on the sitcom “Boy Meets World,” said that she was ordered to “down down” her race when shooting portions of the show.

On Monday’s edition of the “Pod Meets World” podcast, where her former co-stars Rider Strong, Will Friedle, and Danielle Fishel review and discuss “Boy Meets World” episodes and interview former castmates, McGee, who played the character from 1997 to 2000, discussed the incident.

She added, while talking about how she would alter her speaking voice on the “Boy Meets World” set, at approximately the one-hour and eight-minute point of the podcast, “Coming from Black sitcoms, I always had to have like a Black metre.”

McGee had made appearances on episodes of “A Different World,” “The Sinbad Show,” “Martin,” and “Family Matters” before obtaining a lead role on “Boy Meets World.”

My Black metre was probably down to around a two on ‘Boy Meets World,’ she said. However, McGee said that when shooting “Angela’s Ashes,” a season seven episode featuring Angela, her “Black metre had crept up” and was “at around a nine.”

She claimed that “Family Matters” creator Michael Jacobs approached her and advised her to “just turn down the Telma Hopkins about eight notches,” referring to the jazz singer and sitcom star who portrayed Rachel Crawford, the sister of Harriette Winslow (Jo Marie Payton), on the show from 1989 to 1997.

McGee chuckled as she remembered the conversation with Jacobs on the show, claiming she agreed with his request because she “understood exactly what he was talking about.” But she said that her co-stars were “fortunate” to not have to consider such things. It was sometimes too much, she continued.

Insider’s request for comment was not immediately answered by a Jacobs spokesperson.

Earlier in the episode, McGee also spoke about how she now regrets signing her name to a Daily News opinion article written by her publicist and her ex-husband, in which they claimed she appreciated how “Boy Meets World” avoided addressing Shawn (Strong) and Angela’s mixed-race relationship.

She said that it wasn’t her “organic perspective,” adding that at the time, she was more focused on maintaining her employment and caring for her children. McGee previously made news for an incident on set when Friedle referred to McGee as “Aunt Jemima,” highlighting her experiences as one of the very few Black cast and staff members on “Boy Meets World.”

Friedle expressed regret to McGee, and the two spoke extensively about the event on Monday’s podcast episode, but both parties expressed a desire to move on.

McGee also lamented on the programme how the media often referred to her accounts as “extreme racist situations.”

She said that she remembers the argument with Friedle, but she added, “But I don’t regard it as my whole time on the programme.

When referring to Friedle’s error, McGee added, “We need everyone else to be over it, too.”

Each week, new episodes of “Pod Meets World” are released.

»Trina McGee was told to downplay her race on “Boy Meets World.”«