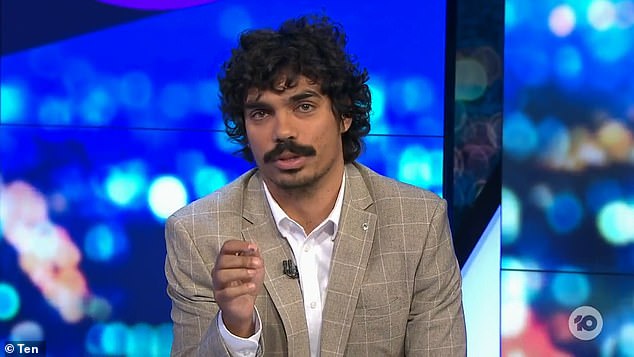 During a fiery rant on live television, Tony Armstrong stated that the alleged murder of an Indigenous youngster is not “Hollywood enough” for Australians to care.

The presenter of ABC News Breakfast presented The Project on Thursday evening, telling the group that he was “very angry” about the death of Cassius Turvey, who was allegedly killed with a metal rod.

Cassius, 15, and his pals were heading home from school on October 13 when a bunch of men began chasing them with a machete and metal pipes.

While his buddies sought refuge in a nearby TAFE, Cassius was allegedly discovered by the mob and savagely beaten, suffering major head injuries in the Perth assault.

Cassius was hospitalized for five days and readmitted after suffering a seizure and two strokes. He passed dead on Sunday, 10 days after the violent assault.

Armstrong stated that the death of the Indigenous student was not enough ‘Hollywood’ to attract the attention of the Australian public or the media.

“This is a 15-year-old boy who had ambitions, plans, and aspirations, and we witnessed how pleased he was when he did his radio segment,” he said.

We don’t want to discuss how this is a racial incident because there is never any action.

‘However, it all boils down to the fact that the worth of property has been deemed greater than the life of a 15-year-old black boy.

How do you believe families feel about sending their children away? It’s disgusting and I’m furious. I understand that many mobs are distressed, and my heart goes out to the family.

Lisa Wilkinson questioned why Western Australian Police downplayed the incident by stating that Cassius was at the wrong place at the wrong time.

She stated, “This was a teen in his school uniform strolling down the street in full daylight.”

Where else are you supposed to be besides walking home in your school uniform? Armstrong responded, “Like a lot of people, my heart is broken.”

Armstrong’s appeal comes after it was revealed that the putative getaway driver was the girlfriend of Jack Brearley, the man accused of murdering Cassius.

In the meantime, a leading police officer’s remark that Cassius was “in the wrong place at the wrong time” provoked widespread criticism.