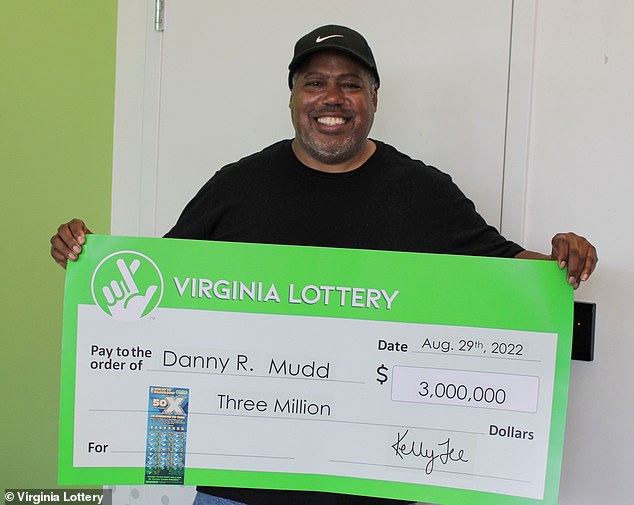 Three years after his brother won $1 million in the same scratch-off game, a guy from Virginia is enjoying a hefty lottery windfall after winning the top prize of $3 million.

Terry Mudd first earned a huge profit from the game in 2019, but his brother Danny has now dramatically outperformed him by earning an even greater profit three years later.

As he approached the lottery authorities to claim his reward from the just purchased scratch-off ticket, he said, “I couldn’t believe it!”

The beaming Danny said, “It hasn’t really set in yet.” “I’m just grinning!”

When Terry, his brother, neglected to buy anything from his wife’s list on Valentine’s Day in 2019, he went back to the store and purchased the winning scratch-off ticket.

He made the decision to surprise his wife with the ticket, which he sent her in a package marked “Terry + Madonna’s retirement.”

Terry chose the cash option of $657,030 before taxes, just as his brother did three years later.

Before retirement, he and his wife decided to take a cross-country trip in their RV.