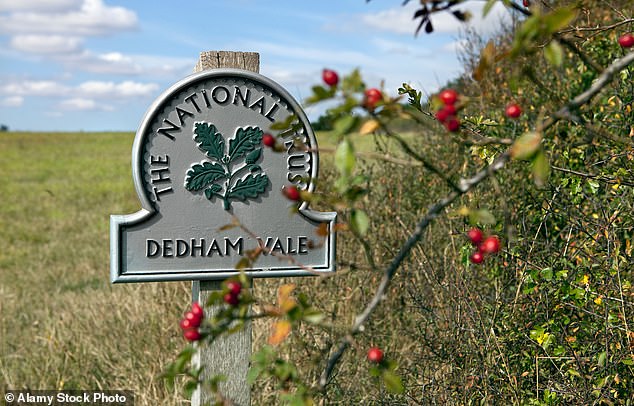 One of the best things about fall is the brilliant red and yellow colors of these plants.

However, because of the scorching summer, the leaves on the trees will be dull this year.

According to the National Trust, due to the drought, many trees have lost their leaves early in order to save water and energy.

And if climate change continues at its present rate, a more subdued show might become the norm in the UK, it warned. “It remains to be seen what the high temperatures may bring, but we may see more golden browns as a consequence,” charity representative Pamela Smith said.

By 2030, the foundation hopes to have planted 20 million trees on its grounds.

‘It is crucial to redouble our efforts to reach our target since the new trees will absorb enormous volumes of CO2 as they mature,’ said Tom Day, a ranger at Oxburgh Hall in Norfolk.

Mr. Day said that because of climate change, trees may become “veteran” specimens—those that exhibit scars or damage—much sooner than they otherwise would.

He said that more young trees were likely to perish without ever bearing any fruit.

More than ever, Mr. Day emphasized the need to step up efforts to plant 20 million trees by 2030 since they will significantly reduce CO2 emissions as they develop.

This is an effective weapon in the battle against climate change and will aid in halting the loss of our parklands, the author claims.

“We always attempt to plan the appropriate tree in the right place, but with the terrible heatwaves we’ve had this year, more trees than usual have perished despite our hard work in finding excellent placements,” said Luke Barley, trees and forests consultant for the charity.

However, Mr. Barley said that National Trust gardeners discovered that saplings and self-seeded plants survived better in areas where mulch was utilized to conserve moisture.

This is so that they can develop strong root systems from germination and have greater built-in resilience under difficult circumstances, he said.

These are the trees that people may contribute to, knowing that they will likely flourish and get the care they need.