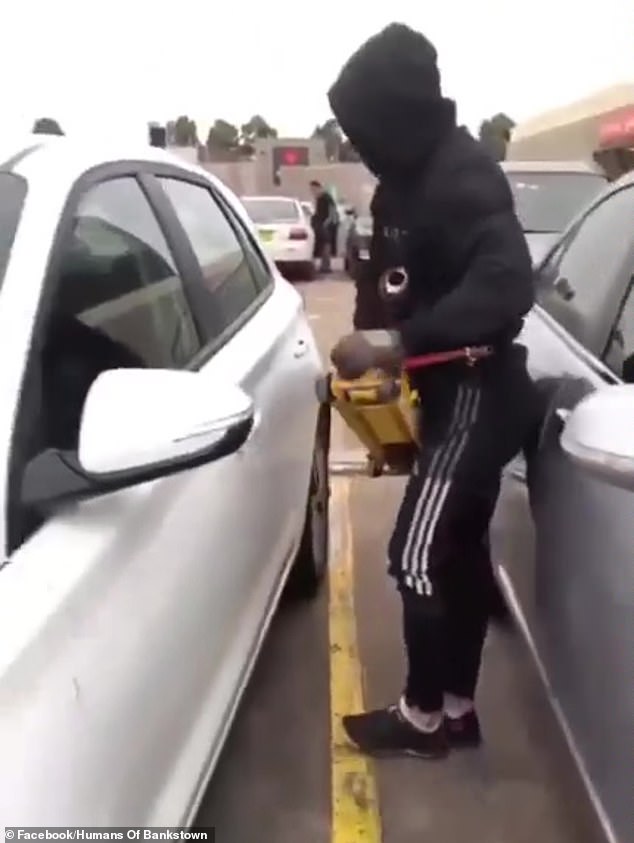 This uncomfortable incident occurred when a burglar was discovered using a car jack to steal a man’s vehicle.

In a parking lot at Bankstown Central in south-west Sydney, the bold burglar seemed to be trying to remove components from the automobile in the open.

The owner of the vehicle, who was in shock, approached him and said, “What are you doing with my car?”

The startled burglar clumsily withdrew the car jack and put it into his own car, without making eye contact with his ostensible victim.

He asked the man, who seemed horrified at being discovered, “Is this yours?” Seriously?’

The thief repeatedly apologized as he fled, stating he ‘didn’t know’ the victim’s automobile belonged to him and that he was wearing a hood and face mask.

He likewise shyly backed away while mumbling an explanation about a buddy.

The victim followed the thief as he got into his own vehicle, refusing to let him go.

For their priceless metal, the exhausts are being taken from public spaces all throughout the city.

Then, the components are offered for sale to scrap yards for prices ranging from $50 to $1,000.

Honda, Subaru, and Toyota automobiles are the ones that thieves most often target.