Skip to content
Home » News » Breaking News » THEN AND NOW: The cast of ‘Community’ 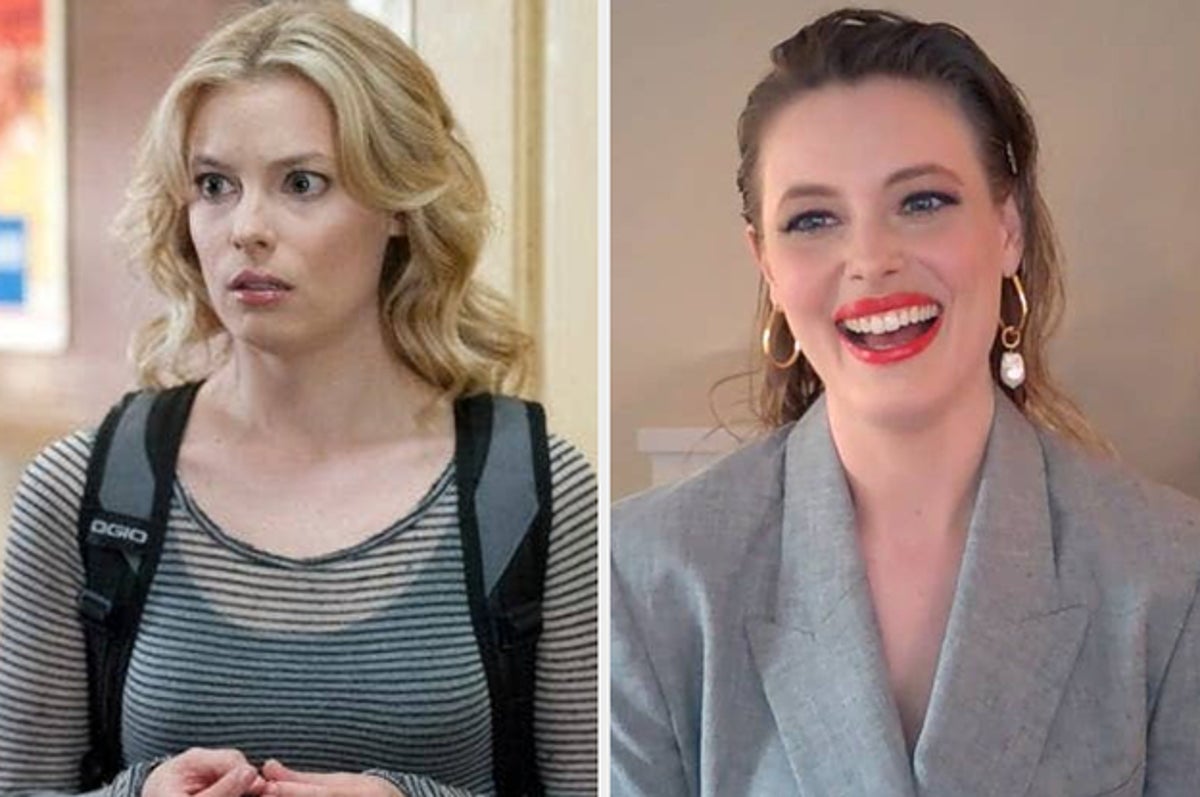 McHale may be most recognized for hosting “The Soup” on E! until 2015, the same year as “Community” concluded. In 2018, Netflix attempted to replicate its popularity with “The Joel McHale Show with Joel McHale,” however after 19 episodes, the discussion show was canceled.

Additionally, he performs voice-overs. He provides the voice of Johnny Cage in the animated series “Mortal Kombat Legends” and will narrate the upcoming episode “Star Wars: Detours.”

Britta Perry is portrayed by Gillian Jacobs in “Community”

Britta’s theatrical activism frequently irritates the study group, so they coin her name as a verb that means to muddle anything.

Currently, Jacobs contributes her voice to a number of animated shows and starred in the “Fear Street” film trilogy.

After “Community” finished, she portrayed Mickey Dobbs alongside Paul Rust in the Netflix romantic comedy series “Love” until 2018.

Jacobs presently provides the voice for Samantha Eve Wilkins on “Invincible,” and she will also provide voices for characters in “Aquaman: King of Atlantis” and “Injustice.”

Abed is a fan favorite due to his development and integrity throughout the entirety of the show.

He also acted alongside Jon Hamm, Sarah Gadon, and Christopher Heyerdahl in the comedies “Corner Office” and “American Dreamer” this year.

Annie Edison was portrayed by the high-strung actress Alison Brie.

Annie enrolled in community college after dropping out of high school due to her battles with addiction.

Brie featured in the Netflix series “GLOW” and the films “Happiest Season,” “The Post,” and “Promising Young Woman.”

Since 2017, Brie has been privately married to Dave Franco, with whom she has collaborated on multiple films, including “The Disaster Artist” and “The Rental.”

She also provided the voice for Diane in “BoJack Horseman.” She also starred alongside Nicole Kidman, Cynthia Erivo, and Merritt Wever in the television series “Roar.”

Glover continues to be an accomplished actor, writer, and producer. Multiple Grammys have been awarded to him under the artist name Childish Gambino.

Atlanta’s creator, writer, producer, and star is Donald Glover. His work on the show has earned him several accolades, including Emmys for directing and acting. He also played Lando Calrissian in “Solo: A Star Wars Story” and the voice of Simba in “The Lion King” remake.

As Childish Gambino, “This Is America” premiered at No. 1 on the US Billboard Hot 100 and earned him multiple Grammys in 2018 including record of the year, song of the year, best music video, and best rap/sung performance. He holds a total of five Grammys.

Shirley Bennett was portrayed by Yvette Nicole Brown as a devoutly Christian mother and businesswoman.

Brown voices characters in a variety of animated series, including “The Chicken Squad,” “The Loud House,” “Dark Air with Terry Carnation,” and “Big Shot.” Later this year, she will star in the “Enchanted” sequel “Disenchanted.”

Pierce Hawthorne, portrayed by Chevy Chase, was the heir to his father’s moist towelette fortune and frequently made obscene and inappropriate statements.

During its fourth season, Chase quit “Community.” A former cast member of “Saturday Night Live,” he was vocal about not liking his time in sitcom television and engaged in a public spat with the show’s creator, Dan Harmon.

Most recently, Chase provided the voice for King Karoth in “Pandas vs. Aliens” and starred in “The Very Excellent Mr. Dundee.”

Additionally, Chase has acted in films such as “The Last Movie Star,” “The Last Laugh,” and “Hot Tub Time Machine 2.”

In May 2020, he was noticeably absent from a cast reunion table read.

Prior to his breakthrough in 2009’s “The Hangover,” Jeong worked as a physician.

Jeong participated in “Crazy Rich Asians” and has hosted and served as a panelist on a number of television programs, including “The Masked Singer.”

Jeong is a panelist on “The Masked Singer” and “The Masked Dancer” and hosts “I Can See Your Voice.” In addition to “Adventures in Wonder Park,” he has voiced characters in “The Casagrandes” and “Bob’s Burgers.”

Rash is an Oscar-winning screenwriter in addition to being an actor and voice actor.

Rash won the 2012 Academy Award for Best Adapted Screenplay for “The Descendants.” He has voiced characters on “DuckTales” and “Harley Quinn” and has appeared on “Reno 911!” and “American Housewife” among other television programs.

John Oliver as the inept professor of psychology, Ian Duncan.

Oliver was a writer for “The Daily Show,” and he is now the host of HBO’s “Last Week Tonight.”

17 Emmys have been awarded to Oliver for his work on “The Daily Show” and “Last Week Tonight.” He also provided the voice of Zazu for the 2019 remake of “The Lion King.”

»THEN AND NOW: The cast of ‘Community’«