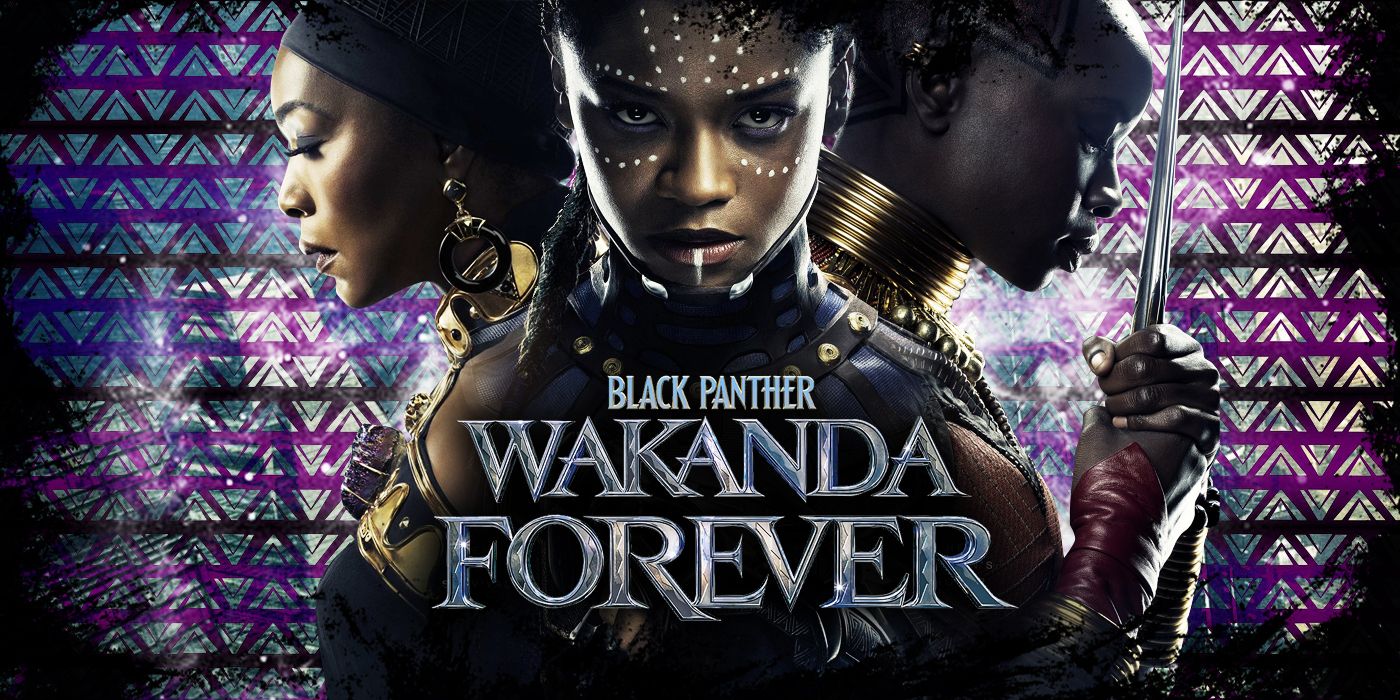 The production of “Black Panther” continues without Chadwick Boseman.

The 2018 release of “Black Panther” became a cultural phenomenon. It marked the debut of a Black superhero within the Marvel Cinematic Universe.

Chadwick Boseman portrayed King T’Challa, the Black Panther, and directed a global blockbuster that grossed over $1 billion globally and received the first-ever best picture Oscar nomination for a superhero film.

However, much has changed since then.

In the Marvel franchise, Black Panther and the other Avengers defeated Thanos, delivering a significant conclusion to what Marvel had constructed over the past decade.

But more crucially, we lost Chadwick Boseman off-screen. The actor died on August 28, 2020, after a four-year fight with colon cancer, which he was diagnosed with in 2014.

In spite of this, Marvel is proceeding with “Black Panther: Wakanda Forever.”

Kevin Feige, the chairman of Marvel Studios, told Variety that the “Black Panther” franchise will continue in a manner that would make Chad pleased.

At the “Black Widow” global fan gathering on Tuesday night, Feige confirmed that production on the sequel has begun at Pinewood Studios in Atlanta.

Here are the known facts regarding “Black Panther: Wakanda Forever,” including its release date, cast, and how the film will continue without Chadwick Boseman.

“Black Panther: Wakanda Forever” will be released on November 11, 2022.

Director of the franchise Ryan Cooler confirmed at D23 in August 2019 that the film’s premiere date will be May 6, 2022.

However, due to the epidemic and Boseman’s death, the film’s release date was delayed.

In May, Marvel published a promotional film for upcoming MCU releases. In it, the movie’s title and current release date were announced for the first time.

In October, Disney announced a number of new release dates, including “Wakanda Forever,” which will now be released on November 11.

Ryan Coogler is returning to direct the sequel, despite delaying his decision to do so.

It was revealed in October 2018 that Coogler would return to write and direct the sequel (he co-wrote the first movie with screenwriter Joe Robert Cole).

According to The Hollywood Reporter, Coogler was under pressure to sign on for a sequel “weeks before and after” the release of the first film, but he took his time deciding to continue.

Coogler spent 2019 creating the script and was anticipating a late 2019 or early 2020 production start. Not only was the pandemic a factor in the alteration of plans, but so was the condition of the principal actor.

Chadwick Boseman died in August of 2020, yet a sequel is still planned.

In the midst of the epidemic, on August 28, 2020, the shocking news of Boseman’s death due to a four-year fight with colon cancer was revealed.

It came as a great surprise to a number of his close friends, including Coogler. Boseman never disclosed his sickness to anybody outside of his inner circle. In fact, it was rumored that before Boseman’s death, his agency was negotiating a deal in which the actor would earn $10 million to star in the “Black Panther” sequel and $20 million for the third film.

Coogler wrote in a statement following Boseman’s death, “I was not privy to the circumstances of his condition.” “After his family made their statement, I recognized that he had been coping with his disease during the time I knew him.”

Coogler stated, “Because he was a caretaker, a leader, and a man of religion, dignity, and pride, he insulated his collaborators from his agony.”

Feige announced in December 2020 that the “Black Panther” sequel would proceed and that T’Challa would not be recast.

Feige made it clear that the franchise would continue without Boseman by honoring their star’s legacy and not by recasting him, despite social media talk and rumors to the contrary.

During a December investor day presentation, Feige stated, “Chadwick Boseman was an extraordinarily gifted actor and an inspirational person who impacted our lives professionally and emotionally.”

“His portrayal of T’Challa and the Black Panther is legendary and surpasses any incarnation of the character in any other medium from Marvel’s past,” Feige continued.

Coogler stated in March on Jemele Hill’s “Unbothered” podcast that working on the sequel without Chadwick Boseman “is one of the most meaningful experiences I’ve ever had, having to be a part of keeping this project going without this particular individual.”

Feige stated that plot elements have not been revealed, but that the sequel will “continue to explore” Wakanda.

Wakanda will be explored in greater depth in the sequel.

Back at that 2019 D23 conference where Coogler announced the film’s initial release date, Feige also mentioned that the filmmaker has submitted a sequel treatment featuring the film’s antagonist. Since Boseman’s passing, it is unknown if these story ideas are still in play.

“To honor the legacy that Chad helped us construct with his portrayal of the king of Wakanda, we want to continue exploring the realm and all the rich and varied characters presented in the first film,” Feige has stated afterwards.

It is anticipated that Letitia Wright, Lupita Nyong’o, and other cast members from the original film will return for the sequel.

Lupita Nyong’o and Letitia Wright in “Black Panther,” from left to right.

Disney and Marvel have not yet revealed the cast for the sequel, although several cast members have confirmed their participation.

According to The Hollywood Reporter, Letitia Wright, Winston Duke, and Angela Bassett will reprise their roles.

Wright’s character, Shuri, the younger sister of T’Challa, may have a more major part in the sequel, according to sources cited by THR.

Michaela Coel, star of “I May Destroy You,” will portray a Wakandan warrior.

In July, Variety announced Coel’s participation in the sequel.

Coel is best known for creating and starring in the critically praised HBO series “I May Destroy You.”

The first trailer for the film, which debuted at the 2022 San Diego Comic-Con, revealed that she will portray a Wakandan warrior.

Angela Bassett claims there are more than five script versions.

Angela Bassett said in a July interview with Entertainment Tonight that there have been multiple revisions of the script. And they have not yet zeroed in on it.

“I have no idea what it will look like,” said Bassett, who portrays Queen Ramonda. There have been approximately five iterations of the script, and I understand another one is on the horizon.

Bassett added, “Of course, with the passing of our darling king [Boseman], many things had to be adjusted and altered.”

Michael B. Jordan stated that, if asked, he would return for the sequel.

Michael B. Jordan as Erik Killmonger in “Black Panther.”

The reappearance of Erik Killmonger, portrayed by Michael B. Jordan in the first film, is improbable. However, Jordan has stated that, if asked, he would return.

In January, he told People, “I had a very difficult year losing someone close to me.” “What this means for that franchise is that it was catastrophic.”

We established a family over there. “Therefore, the possibility of returning to that planet in some fashion will likely always exist.”

Ruth E. Carter, who made history by being the first Black woman to win an Oscar for best costume design for her work on the original film, stated on the Empire podcast that she will return for the sequel a year ago.

MCU fans should not be surprised by Feige’s statement that the sequel will be filmed at Pinewood.

This Atlanta-based company has produced numerous Marvel films and television series, including “WandaVision,” throughout the past decade.

The film will also shoot scenes in Worcester, Massachusetts, notably at the city’s police station.

With Thanos’ demise concluding the “Infinity Saga,” the Marvel Cinematic Universe is now in “Phase Four.”

“Wakanda Forever” will mark the conclusion of Phase Four, which is a series of films that all contribute to the greater MCU story.

This year’s television releases, such as “WandaVision,” “The Falcon and the Winter Soldier,” and “Loki,” are also included in phase four.

In July, during San Diego Comic-Con, Marvel debuted the first trailer for the film.

In the first teaser trailer for “Black Panther: Wakanda Forever,” there is a mural depicting T’Challa.

Along with the trailer, Marvel also released a synopsis stating that Boseman’s character, T’Challa, has died:

“In Marvel Studios’ “Black Panther: Wakanda Forever,” Queen Ramonda (Angela Bassett), Shuri (Letitia Wright), M’Baku (Winston Duke), Okoye (Danai Gurira), and the Dora Milaje (including Florence Kasumba), fight to protect their nation from intervening world powers in the wake of King T’Challa’s death. As the Wakandans strive to embrace their next chapter, the heroes must

Tenoch Huerta will portray Namor, king of a secret underwater realm, in the film.

Tenoch Huerta will attend the San Diego Comic-Con in 2022.

The trailer revealed that Namor will be the film’s antagonist.

Namor, commonly known as the Sub-Mariner, is the ruler of the oceans and king of Atlantis. Created in 1939, he is one among Marvel’s oldest comic book characters.

Tenoch Huerta, a Mexican actor who has been in “Sin Nombre” and “The Forever Purge,” will portray Namor.

A new Black Panther is forthcoming.

In addition, the trailer featured a shot of someone wearing the Black Panther suit. There are just a handful of people who know who that is, but everyone will be eager to find out when they see the movie in November.

The first glimpse of the new Black Panther was in a teaser released in October.

At the conclusion of the trailer, a person dressed as Black Panther descends from the sky. Many people believe that Wright’s Shuri persona is wearing the costume.

Ironheart is also revealed in the trailer.

Dominique Thorne in the role of Riri Williams.

The trailer also provided the first look at the Ironheart outfit created by Riri Williams (Dominique Throne) in the film.

The upcoming Disney+ series “Ironheart” will provide more information about this character.

»The sequel to ‘Black Panther’ opens November 11. Here’s the latest«