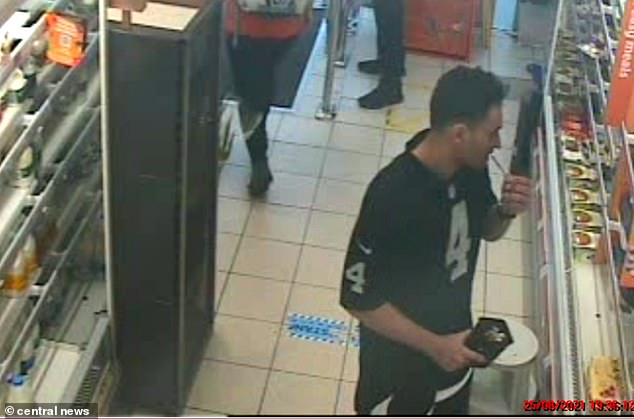 A court has decided that a former member of the “Magic Circle” who poured his own blood into food at Sainsbury’s, Tesco, and Waitrose supermarkets after hearing the voice of Boris Johnson must stay there for psychiatric evaluation.

The Fulham-based attorney poked items including an apple, bacon, buttermilk, and Chicken Tikka fillets. He also hurled a syringe at a doctor, who was fortunately unharmed as it deflected off of her.

Three stores—a Sainsbury’s Local, a Tesco Express, and a Little Waitrose—were affected by the occurrences, and each was required to discard every single product as a precaution, incurring losses of approximately £500,000.

A jury at Isleworth Crown Court ruled the Lebanese attorney not guilty by reason of insanity in May after Elghareeb had denied being guilty of two charges of assault and three counts of contaminating goods.

Elghareeb will stay in the hospital until October 28 while psychiatric reports are being written according to a decision made on Friday by Judge Alistair Hammerton to prolong an interim order made under the Mental Health Act.

Elghareeb was seen on camera entering Sainsbury’s while sporting distinguishing Nike shorts and a t-shirt with an American football theme.

Then, when he approaches the area with prepared meals, he abruptly shoots the food with a needle.

Elghareeb then moved on to the next aisle, gazing at the food items and injecting what looks to be a second food product into his mouth while holding what appears to be a second syringe in his lips.

Elghareeb was seen earlier in court walking along Fulham Palace Road with a bucket full of syringes that were loaded with his blood, according to prosecutor Diana Wilson.

He also hurled a few of the needles along the way, striking a bystander on the street as well as individuals inside and outside the business.

“As he was approached by a series of shop employees within the supermarkets because of his conduct, he attacked one of them by shoving him and verbally abusing others around him.”

Later, while yelling, “You are all horrible people, and Sainsbury’s is filthy,” Elghareeb punched security guard Bilal Ansari in the chest.

The 37-year-old then proceeded to do the same after leaving Tesco by injecting food and hurling syringes, prompting workers to shut the shop immediately.

He almost missed a waiter at Tapas bar Avanti when he flung a plant pot through a door just before being apprehended.

Before they could reopen, the three stores conducted a comprehensive search and extensive cleaning in which they discovered a total of 21 syringes.

Just before 8 o’clock, he was taken into custody in front of The Distillers bar.

The retailers unavoidably destroyed and threw away all of their product before reopening a few days later, according to Ms. Wilson.

Dr. Meghana Kulkarni, who she referred to as the “suspect,” was gazing at her as she walked along Crabtree Lane in Fulham.

The suspect hurled something at my chest as he passed me.

She was struck in the collarbone by the object, which she immediately realized was a syringe, but she was unharmed.

“As I glanced down at this object, I realized it was an empty little plastic syringe,” she said.

I left the syringe where it had fallen on the road next to a parked vehicle without touching it.

The suspect never said anything to me throughout our conversation, and I didn’t say anything to him either.

She said that Elghareeb thereafter “threw an egg at the tills.”

Earlier, Elghareeb’s serious mental illness caused him to lose his sense of reality, according to Dr. Frank Farnham, a consultant forensic psychiatrist.

He said that the guy had heard voices telling him what to do while also exerting control over certain body parts and his dreams.

“These are often experienced by schizophrenia difficulties.”

He said that one of these voices belonged to Boris Johnson and another to a former coworker.

Prior to starting to misuse crystal meth as part of his “work hard, party hard lifestyle,” Elghareeb had previously worked at some of London’s most famous “Magic Circle” legal firms.

His academic performance was excellent, according to Dr. Farnham.

He has had a very prosperous career in the law industry.

When the attorney came out as homosexual to his family, Dr. Farnham added that the lawyer had experienced psychological trauma, including times spent homeless.

He attempted suicide in 2020 in an effort to silence the voices in his brain.

Elghareeb thought that government operatives had implanted microphones in his ears and skull to give him voices in his mind.

Dr. Farnham came to the following conclusion: “He was making a frantic effort to grab attention from the police and be treated. It didn’t cross his mind whether it was legal or criminal.”

He was in such a disorganized mental condition that he was unable to make a wise choice.

They served as a series of activities to highlight the fact that he required medical care.