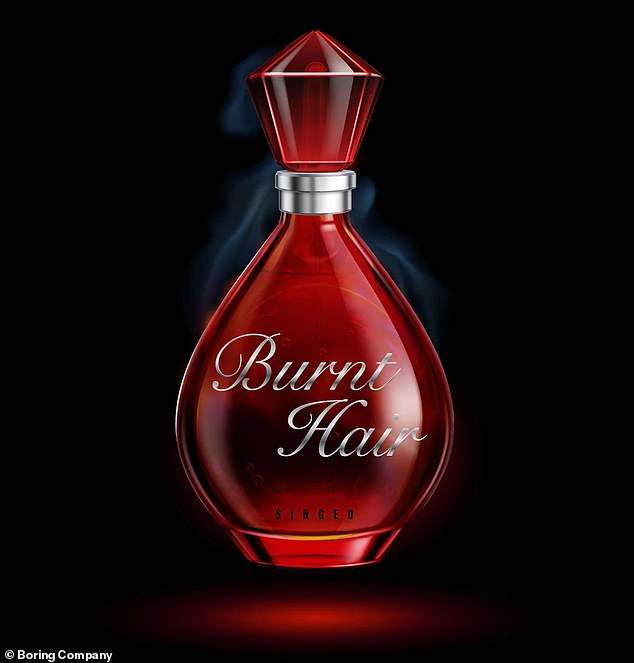 Elon Musk, the CEO of Tesla, claims that by putting his own perfume line up for sale, he has succumbed to the “inevitable.”

On October 9, Musk, 51, shared Burnt Hair with his 108.6 million Twitter followers as what he claims to be a new fragrance.

With a name like mine, entering the fragrance industry was unavoidable – why did I even resist it for so long!? the billionaire said in more specifics on Tuesday morning.

The perfume costs $100 and comes in a crimson bottle. It seems to be completely available for purchase on Musk’s Boring Company website.

The fragrance’s promotional website makes further tongue-in-cheek claims and refers to it as “The Essence of Repugnant Desire.”

On Twitter, Musk has kept up the humor over the perfume, writing,

“I assume this prank is a slow burn” and, “you may pay for it with Doge[coin]!”

Later, Musk boasted that 10,000 bottles had been sold and added, “Can’t wait for media reports tomorrow about $1M of Burnt Hair sold.” Musk’s Twitter profile now refers to him as a “Perfume Salesman.”

Along with some of Musk’s other humorous items, like what he characterizes as “not a flamethrower,” which is still available on the business website after 20,000 were sold to earn $10 million in funding, it seems that The Boring Company is selling the bottle in full.

The trial in Twitter’s case against Elon Musk has been postponed by a Delaware court, allowing the businessman until October 28 to complete his $44 billion takeover of the firm.

Judge Kathaleen McCormick issued an order on Thursday stating that Musk has until 5 p.m. on October 28 to complete the agreed merger or the trial would be rescheduled for November.

The trial’s postponement, which was supposed to begin on October 17, was a little win for Musk, who had earlier in the day submitted a request seeking extra time to secure finance for the deal.

But by setting a firm closing date, the court also placated Twitter, which had been requesting a strict timeframe for concluding the purchase.

Rescheduling the trial was opposed by Twitter, which referred to it as “an invitation to additional mischief and delay.”

In a letter to the court, attorneys for Twitter said that Musk “should be organizing to close on Monday, October 10,” but is instead refusing to “agree to any closing date.”

After attempting to end the agreement over the summer, Musk notified the firm this week that the company is refusing to accept his fresh offer. Twitter refuted this assertion.

Twitter has been requesting a court order to force the merger’s completion and has stated its intention to do so at the $54.20 per share price Musk suggested in an agreement signed in April.

The business had been applying pressure from the impending trial to get Musk to finalize the deal, and it opposed any delays in its attempts to compel irrefutable guarantees or a formal closing.

Twitter’s attorneys accused Musk’s side of being dishonest in their letter to the court for abruptly renewing the original buyout offer just days before the trial was set to start.