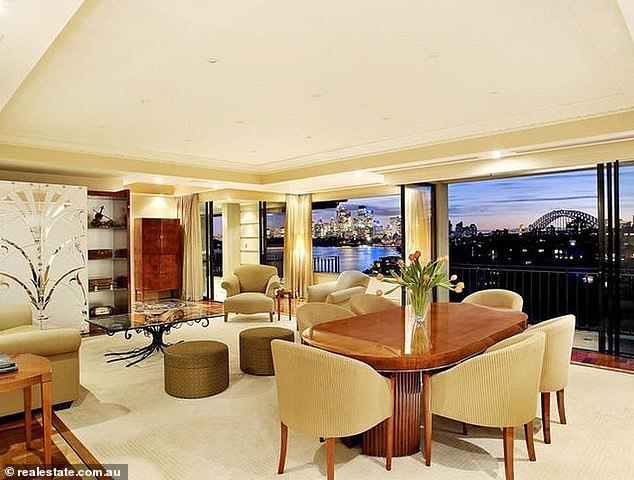 After paying $27.5 million for an apartment on Sydney’s north shore, an Australian billionaire broke the record for real estate spending.

The expansive penthouse in the Ritz building on a waterfront reserve in Cremorne Point was purchased by Tesla chair Robyn Denholm, according to the Australian Financial Review, making it the most expensive apartment sale north of the Harbour Bridge.

The building, one of eight historic buildings, was constructed in 1913 as an opulent hotel, but it later fell into disrepair and was converted into a boarding house in the 1980s.

Developer Ken Stevens once owned the penthouse, which is atop the former boarding school.

Mr. Stevens declined to comment on the world-record sale, but settlement records show that since purchasing the home in 2011 for $8.1 million, he has made a 240% profit.

In 2003, Denholm paid $2.5 million for a home in the Weverton neighborhood of the lower north shore.

While working as a bookkeeper and gas station attendant at her parents’ Milperra service station, the newly minted billionaire got her start in the automotive and financial industries.

Before working at American IT behemoths Sun Microsystems and Juniper Networks, Arthur Andersen, Toyota Australia, and other firms, accounting degrees were obtained.

Denholm joined Tesla’s board in 2014 while overseeing operations at Telstra. After Elon Musk resigned from Tesla, she left her senior executive position with the Telco company in 2018 and assumed the position of chair.

After her personal stocks soared, the 59-year-old made the Australian Financial Review’s 2021 Rich list, landing in 124th place with an estimated net worth of $1.18 billion.

Other price-record sales in Sydney’s central business district include the well-known “Boyd Penthouse,” which went for $60 million, and James Packer’s $72 million acquisition of a unit at Crown’s One Barangaroo.

Mike Cannon-Brookes and Scott Farquhar, co-founders of Atlassian and leaders in the technology industry from Sydney, bought homes in Point Piper for $100 million and $71 million, respectively.