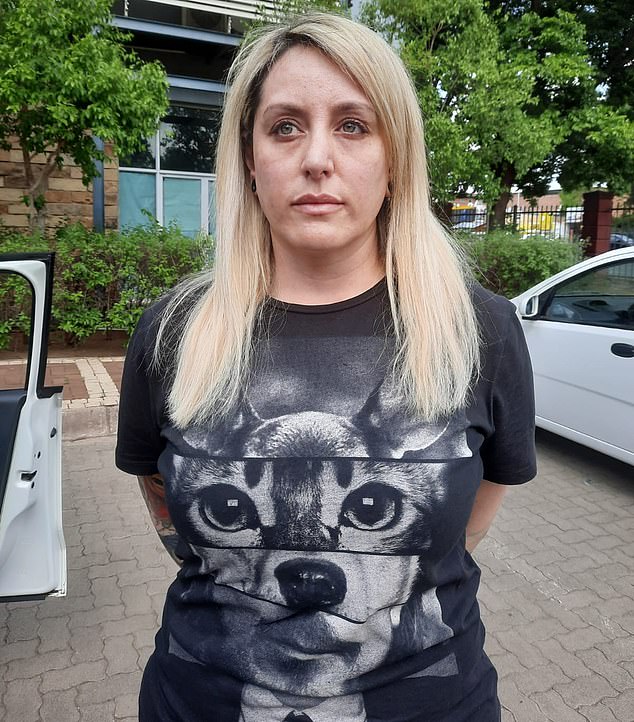 Eight years after committing the double homicide of two best friends, an Irish lady who had been on the run was apprehended in South Africa.

After the violent murders of Eoin O’Connor and Anthony Keegan in 2014, Ruth Lawrence, 42, of Clontarf in North Dublin, became the target of a worldwide search.

When they conducted the early raid in Pellissier, Bloemfontein, yesterday, the Hawks, an elite South African police team, said they were following an international warrant.

She was remanded in detention until October 10 after making an appearance in court today.

Shortly after the murders in 2014, she left Ireland with her boyfriend at the time, Neville Van Westhuizen, 39, and traveled to his home South Africa.

Although he is already serving a life term in South Africa for a horrible murder, her partner is also sought in connection with the double homicide.

He is now serving a 15-year sentence in Durban for the 2017 murder of a youngster, but the Hawks will question him in light of Lawrence’s arrest.

He and Lawrence broke up that year.

The two Irish victims were neither criminals or members of a narcotics gang, the Gardai stated, but they have not given a reason for why they were killed.

Eight years ago, the couple was discovered buried in a small grave on Inchicup Island in Lough Sheelin, Co. Meath, shrouded in plastic sheeting.

A critical piece of information concerning Lawrence and her location was acquired on September 28, according to Hawks spokesman Captain Christopher Singo.

“Her arrest comes on an Interpol warrant for the killing of Eoin O’Connor, 32, and Anthony Keegan, 33, in Ireland,” Captain Singo said.

“They were both discovered dead in 2014, and the suspect left the nation to South Africa following the murder of the deceased victims.”

Prior to the double homicide in 2014, the Gardai were unaware of Lawrence.