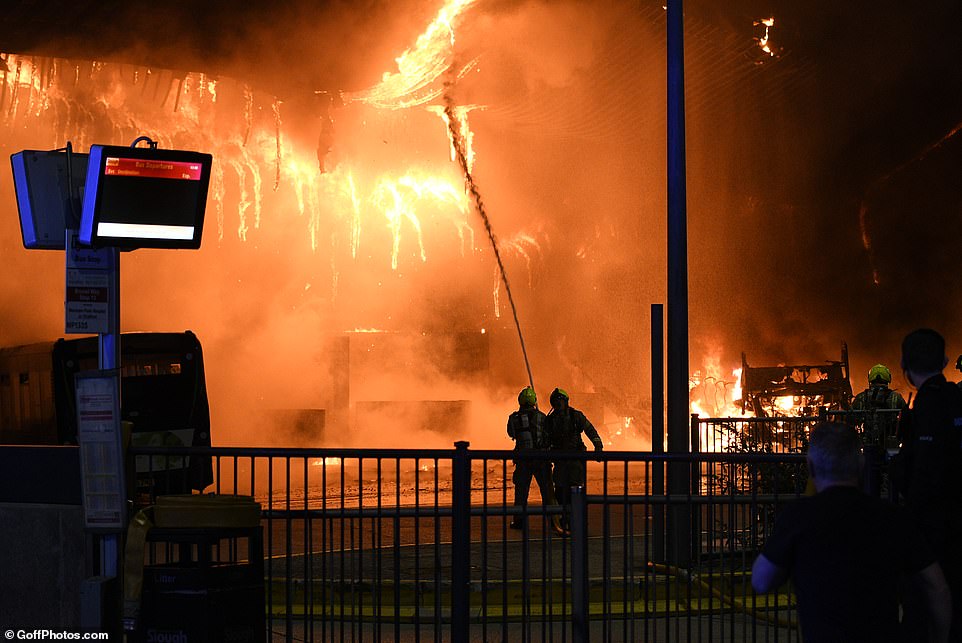 A large fire tore through the Slough bus station, destroying vehicles and infrastructure, and firefighters have ordered the public to stay away.

The horrific images depict lava-like flames burning portions of the station as firefighters attempt to extinguish it.

Thames Valley Police has advised the public to avoid the area, and traffic has been rerouted this morning.

Firefighters hurried to the bus stop on Brunel Way at 2 a.m. after receiving reports of a burning bus; the flames quickly spread.

Thames Valley Police Slough tweeted: “Cordons and road restrictions are in effect; the public is urged to avoid the area.” We would like to express our gratitude for your cooperation in advance.

They said that cops were at the scene aiding the Royal Berkshire Fire and Rescue Service with the situation (RBFRS).

#Berkshire #England🏴󠁧󠁢󠁥󠁮󠁧󠁿- Large fire bursts at the bus station on Brunel Way in #Slough, road between A332 to Queensmere Road alongside B416 Stoke Road have been closed, with Thames Valley Police and Royal Berkshire Fire and Rescue Service responding to blaze (📹@RicoAFC) pic.twitter.com/OsRQesMBoy

According to Berkshire Live, the A4 Wellington Street in Slough is closed in both directions this morning due to the fire, as is the neighboring B416 Stoke Road.

Near 2.24am on Saturday, Inrix, a road and traffic monitoring company, issued the following alert: ‘A4 Wellington Street in both directions is closed due to a building fire at the bus station between A332 (Brunel Crossroads) and Queensmere Road (Observatory Roundabout). Likewise, the B416 Stoke route is closed.’

Thames Valley Buses issued a warning of last-minute service cancellations and delays throughout the day.

The RBFRS and Thames Valley Police have been asked for comment by MailOnline.