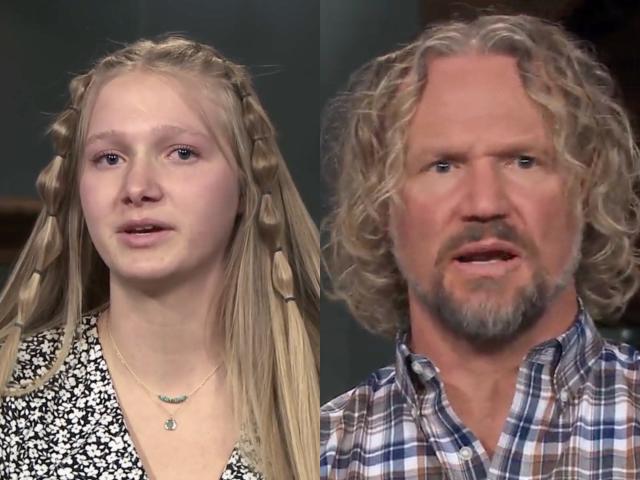 On Sunday’s episode of “Sister Wives” on TLC, Kody Brown’s strict COVID-19 safety precautions prevented him from seeing his children.

During a Zoom chat with his three wives and his ex-wife, Christine, Kody discussed the probability that he would visit his non-resident children with his fourth wife, Robyn, now that classes would be held in person.

Christine believed her marriage to Kody was over at the time of the chat (presumably taped in the spring of 2021), but she had not yet informed her former sister wives.

Except for Ysabel, his then-18-year-old daughter with Christine who was in her senior year of high school, all of Kody’s children elected to stay at home and attend virtual school.

“After graduation, she has no desire to remain in Flagstaff. Therefore, she has always been aware of this, and she has only a few weeks left with her pals “Christine stated that her daughter’s decision to attend school in-person was based on her desire to learn.

Christine questioned Kody on Sunday’s program if he would visit Ysabel when she returned to school in person. Kody remained mute. Janelle, his second wife, said that there will be “tight protocols” for safety at the school.

Kody was hesitant about attending a traditional school since students would spend hours “breathing the same air.”

He told the cameras that he believed Janelle and Christine were trying to “trap me in some sort of COVID procedures hypocrisy.” He stated that he desired to see Ysabel, but Christine did not “accommodate” his need to travel to see her securely.

Kody indicated in the meeting with the Brown women that he had requested Robyn’s adoptive teenage daughter Breanna to continue attending online school so he could see her. Christine disagreed with Kody’s decision.

Christine questioned Kody directly during the video chat if she should inform her daughter of her options. Kody made it obvious that he wanted Ysabel to be aware that she would be “deciding.”

Janelle suggested that Kody could visit Ysabel outside in the yard and maintain a six-foot distance, but in a confessional interview, Kody stated that the weather made that a “inconvenience.”

He remarked of Ysabel, “I need her to simply make her own decision and not be resentful that others must respond to it.”

“Teenage children have fewer parental needs than preteens,” Kody told the women in the conference. He preferred visiting his youngest daughter, 12-year-old Truely, with Christine since she is “engaged” while chatting with him.

In confessional interviews throughout the show, all of the Brown ladies stated that regardless of their age, all of Kody’s children needed him.