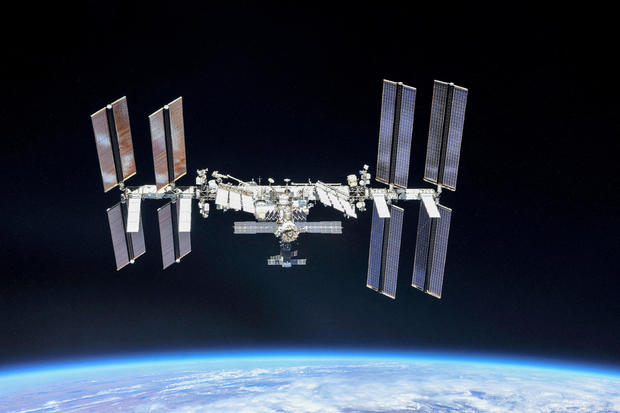 The new director of the Russian space programme announced on Tuesday that Russia would end its participation in the International Space Station project after 2024. No specific dates or plans were provided, however, and it was unclear at the time what, if anything, might change in the near future.

The decision to leave the station after 2024 has been made, according to Yuri Borisov, who was appointed earlier this month to take Dmitri Rogozin’s place as the president of Roscosmos, the Russian space agency.

By then, he continued, Russia will be prepared to start developing a stand-alone orbiting base. However, it was unclear what exactly “after 2024” may imply in terms of when a pullout might begin or end.

The only response from NASA was to state that it had not received any official notice of a change in course.

Rogozin repeatedly threatened to abandon the project in response to Western sanctions following Russia’s invasion of Ukraine until he abruptly left. But Putin did not expressly support Rogozin’s belligerent tweets.

A historian and expert on space politics, John Logsdon, stated on Tuesday that he took Borisov’s remarks seriously “Because it was the new person and they were having a meeting with Putin, they took it a little more seriously. Those are not things you do carelessly.”

The International Space Station was built by NASA and Russia about 24 years ago, and rotating astronaut-cosmonaut crews have continually manned the facility since October 2000.

One of the clearest indications of East-West cooperation following the fall of the Soviet Union and the end of the Cold War is this.

The lab will be used by NASA and its other space station partners, the European Space Agency, the Japan Aerospace Exploration Agency (JAXA), and the Canadian Space Agency, to conduct basic research and test technologies and life support procedures for upcoming missions to the moon and Mars.

NASA hopes to operate the lab through 2030.

In an interview with CBS News earlier this year, NASA Administrator Bill Nelson voiced confidence that Russia would continue the programme and said that “this professional relationship between our astronauts and cosmonauts, it’s consistent, and it’s going to stay.”

In order to operate their respective systems even if a U.S. or Russian vehicle had to depart early due to an emergency, at least one American and one Russian must always be present on board the station. The deal is valid until June 30th, 2025.

The International Space Station, one of the most difficult engineering projects ever attempted, is composed of two main components, one of which is overseen by NASA and the other by Roscosmos.

The so-called U.S. segment includes 10 pressurised modules built by NASA, ESA, and JAXA, four enormous solar wings supplied by NASA, two on either end of a truss the length of a football field, intricate cooling systems, computer networks, and high-speed communications systems, as well as a sophisticated robot arm provided by the Canadian Space Agency.

Roscosmos is in charge of running the station’s six pressurised chambers in the back. The U.S. and Russian parts are connected by one of them, known as Zarya.

Despite being run by Russia, it was funded by NASA. Progress cargo ships and Soyuz crew ferries now dock at four Russian ports.

While NASA provides the majority of the station’s electrical power, satellite communications, and daily stability provided by four enormous gyroscopes, Russia supplies the propellant and thrusters required to keep the outpost in orbit.

It’s imperative to routinely raise the station’s altitude because, even at 260 miles in orbit, there is still a little amount of atmosphere.

The small “atmospheric drag” serves to gradually but steadily lower the lab’s height as it ploughs through those atoms and molecules at 17,000 mph, or more than 80 football fields every second.

Russian Progress cargo spacecraft without pilots are used to transport the necessary propellant.

These ships can either use their own thrusters to provide reboost or transfer propellant to tanks on the space station for use by on-board thrusters.

That lowers the amount of fuel required, but it does not give reboost.

Without routine Russian rocket launches, the lab would gradually re-enter the lower atmosphere and disintegrate as it descended.

The Russians were expected to maintain the station’s orbit as well as supply the propulsion and control necessary to eject it from orbit at the end of its useful life over an area of the south Pacific Ocean that was free of people in order to reduce the risk of injury or property damage from debris that might survive re-entry.

Although NASA recently tested its own reboost capabilities using a Northrop Grumman Cygnus cargo spacecraft, the organisation still lacks the capacity to supply all the propellant and pushing required if Russia does indeed withdraw.

One possibility is for NASA to pay Russia for booster flights, just as it did for post-shuttle seats on the Soyuz spacecraft.

The alternative, which I don’t think is very likely, according to Logsdon, is that it drives NASA and its partners to decide to abandon the station sooner, freeing up funds that could be used for the agency’s Artemis lunar programme.

Nelson has expressed hope that Russia will continue to support the station through 2030, but he has also stated that NASA would find a means to keep the station running if the Russians stopped doing so.

“Suppose they leave the space station? We would succeed, we would work it out, “In March, Nelson spoke to CBS News.

“We are certain that we have enough time to proceed. Other actions would be required, and those backup plans are in place currently. But that’s not what we expect.”

»Russia plans to drop out of International Space Station«