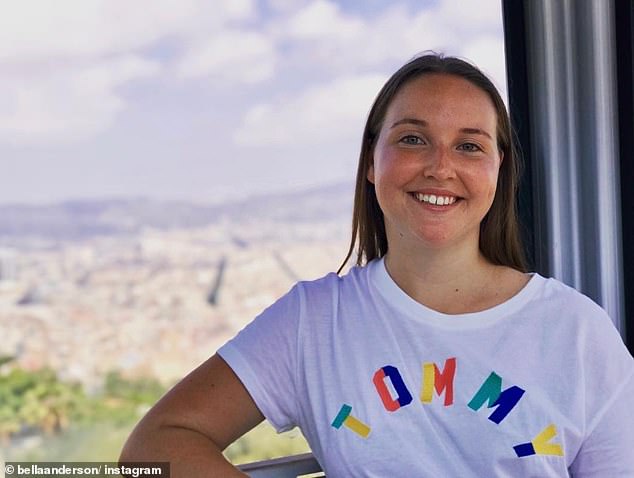 Presenter of horse racing Bella Anderson has uncovered a cowardly Twitter user who hurled’sickening’ remarks at her over a period of weeks using an anonymous account.

On Tuesday morning, the Melbourne-based mounting yard analyst for Racing.com moved to Twitter to denounce the satirical account known as “BigBellasBest” after realizing that it had been exploiting Ms Anderson’s image to vehemently abuse her over her racing predictions and attractiveness.

I struggle to put into words how I felt when I discovered this account, much alone that others in the business are paying attention to it, Ms. Anderson said.

This is reprehensible, repulsive, and very unsettling. Bullying and harassment are included. She urged others to report the account because “no one deserves to be treated this way,” according to the tweets.

There was a strong outpouring of support for Ms. Anderson from both within and beyond the horse racing industry.

Bella, your presentation and choice of the yard are outstanding. One racing enthusiast said, “It’s disgusting how these trolls act.”

“That is disgusting. I’m so sorry you had to put up with all of that. You did well to call them out… Unbelievable,” commented Andrew Hawkins, a horse racing writer.

Keep doing what you’re doing, Bella. I always love hearing your opinions and seeing you wave or stop for a conversation at the races. Podcaster Ben Carbonaro, who covers horse racing, said, “Online bullying and trolling is abhorrent; nobody should be exposed to it at all.”

Ms. Anderson, however, said in a follow-up post that more accounts were publishing similarly hateful statements.

He said that there were areas on the internet where trolls could behave without consequence and threatened to compel the sites to implement regulation if they didn’t already.

Earlier this year, the nation’s e-Safety Commissioner received expanded authority to demand that platforms provide the personal data of individuals whose accounts the commissioner suspects are harassing other users.

Twitter “will examine and take action against allegations of accounts targeting an individual or group of individuals with abusive or threatening behavior,” according to the platform’s user agreement.

Blocking specific tweets or suspending accounts whose main purpose is to engage in abusive conduct as specified in this policy or who have published violent threats are examples of such measures.

Kara Hinesley, Twitter’s head of public policy for Asia and the Pacific, said that free expression was crucial to the site and that outright banning anonymous accounts would not lessen abuse.

In 2021, she cited a South Korean regulation from 2004 requiring big websites to authenticate users while speaking at a Twitter-organized event.

‘What really happened was that 35 million South Korean national identity numbers were compromised and stolen. So, she said, this legislation was really abolished in 2012.

According to Twitter’s own UK study, 99 percent of terminated accounts weren’t anonymous.

Elon Musk, who is vying to buy Twitter for $44 billion, promised in April that he will “authenticate all genuine persons” on the network, but he hasn’t given any more details.

Recent negotiations between Musk and Twitter seem to have fallen apart in part because the tech tycoon was determined to expose and shut down phony or “bot” accounts.

However, he has referred to himself as a “free speech absolutist,” so he probably wouldn’t tighten down on trolling as long as users are confirmed to be people.

Twitter and Musk have until October 28 to complete the buyout discussions, according to a US court.