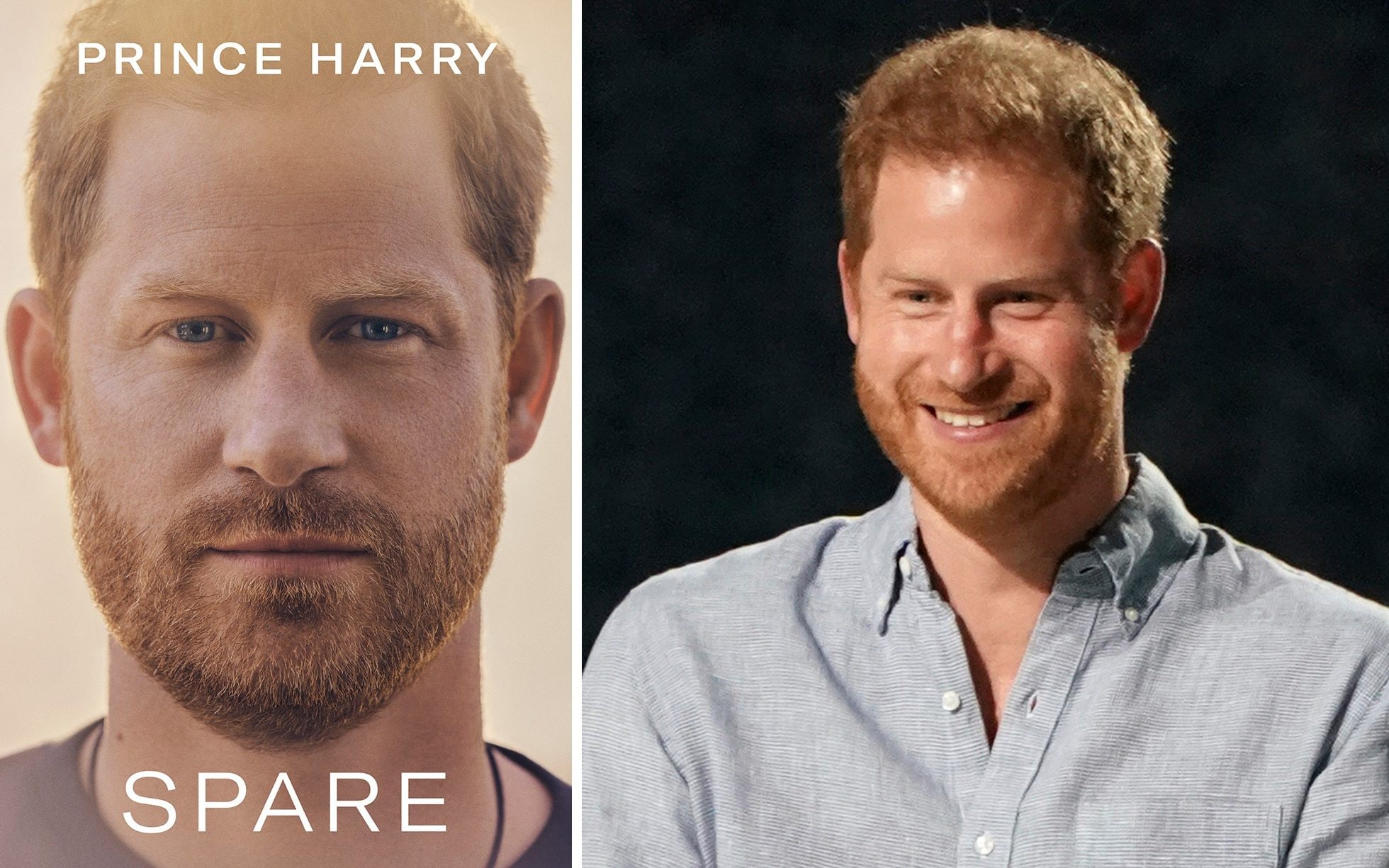 Finally, after months of anticipation, Prince Harry has revealed the title and release date of his forthcoming autobiography.

Thursday, Penguin Random House announced on the official website for Harry’s book that the memoir will be named “Spare” and will be released worldwide on January 10, 2023. The cover image, which depicts the prince staring squarely at the camera, was also revealed on Thursday.

Here is everything we currently know about the book, including its contents and title’s significance.

The book will describe Harry’s royal life and the aftermath of his mother’s passing.

The title of the novel, “Spare,” is possibly an allusion to Harry’s childhood status as a spare heir to the British monarchy. Prince William is the eldest son of King Charles III and is therefore the heir apparent.

Harry is two years younger than William, and as children they were frequently referred to as “the heir and the spare,” according to Vanity Fair.

According to the summary on the book’s website, Harry will undoubtedly divulge facts of his life as a royal and the loss of his mother, Princess Diana.

The plot summary reads: “It was one of the most harrowing images of the twentieth century: two little boys, two princes, marching behind their mother’s coffin as the world looked on in grief and terror. As Diana, Princess of Wales, was laid to rest, billions of people pondered what the princes must have been thinking and feeling, and how the remainder of their lives would unfold. This is finally that narrative for Harry.”

The synopsis adds, “Spare is a historic publication brimming with insight, revelation, self-examination, and hard-won wisdom about the enduring power of love over loss.”

Harry intends to give the book’s revenues to charity. According to the book’s website, he has already donated $1.5 million to Sentebale, a foundation he co-founded with Prince Seeiso to benefit HIV/AIDS-affected children and youth in Lesotho and Botswana.

According to the book’s website, he plans to donate an additional £300,000, or around $347,000, to WellChild, a British organization that allows young people with complicated health requirements to be treated at home rather than in the hospital.

The book was originally scheduled to be published in 2022, but its release was believed to have been delayed after the Queen’s passing.

According to a Penguin Random House press release sent to Insider in July 2021, the publication was initially scheduled for late 2022.

According to the initial press announcement, the “intimate and passionate book” would chronicle Harry’s “life in the public glare from childhood to the present day.”

In September, insiders told Victoria Ward of The Telegraph that Harry had delayed the publication of the book due to the royal mourning period following the death of the Queen. It is unknown how much information Harry will include in the book. On September 8, Queen Elizabeth II passed away at her Balmoral Castle estate. She was 96 years old.

The publication stated that the delay would give Harry time to write new chapters and guarantee that the book did not appear out of date; however, neither Harry’s spokeswoman nor publisher had confirmed this.

Representatives for the Duke of Sussex and Penguin Random House did not react promptly to an inquiry from Insider.