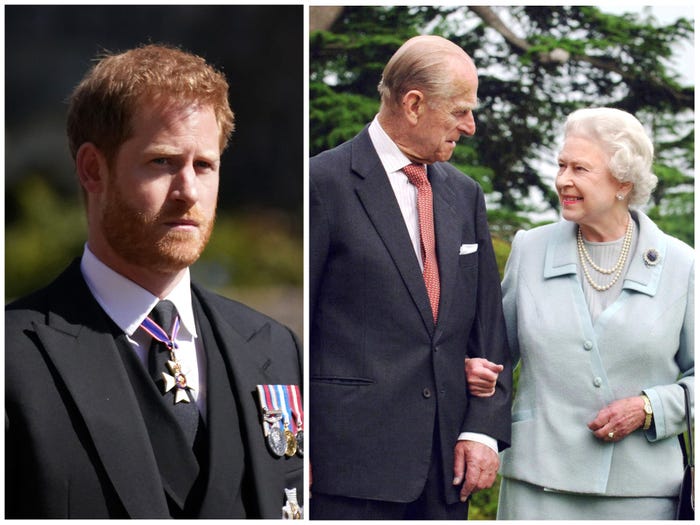 In reaction to the passing of his grandmother, Queen Elizabeth II, the Duke of Sussex made his first public remark.

On Thursday, the Queen passed away at her Scottish home Balmoral. She was 96.

Harry remembered on his greatest moments with the British queen in a message posted on his and Meghan Markle’s Archewell website on Monday.

The statement started, “We are all reminded of the guiding compass she was to so many in her devotion to service and duty as we celebrate the life of my grandmother, Her Majesty The Queen—and in grieving her death.”

Her steadfast elegance and dignity stayed true throughout her life and are now her eternal legacy, he said. “She was universally revered and respected,” he said. We should all remember the words she spoke after the death of her husband, Prince Philip: “Life, of course, comprises of last partings as well as first meets.”

The rest of the letter continued, “Granny, while this final parting brings us great sadness, I am forever grateful for all of our first encounters—from my earliest childhood memories with you to first meeting you as my Commander-in-Chief to the first moment you met my darling wife and hugged your beloved great-grandchildren.”

When it comes to first encounters, we now honour my father in his new capacity as King Charles III. “I appreciate these times spent with you, and the many other unique moments in between. You are already dearly missed, not only by us, but by the world over,” he said.

He wrote, “Thank you for your dedication to service, for your wise counsel, and for your contagious grin. We also laugh in relief that you and Grandpa are back together and at peace.

At the age of 99, Prince Philip passed away on April 9, 2021. He served as the consort for the longest period of time in British history—73 years—during his marriage to Queen Elizabeth.

Due to the country’s then-existing social-distancing laws, the Queen sat by herself during his burial. Throughout her last year, she paid tribute to Philip several times, notably in her annual Christmas address from the previous year, which commended his contributions to the environment and the development of the Duke of Edinburgh award for young people in the UK.