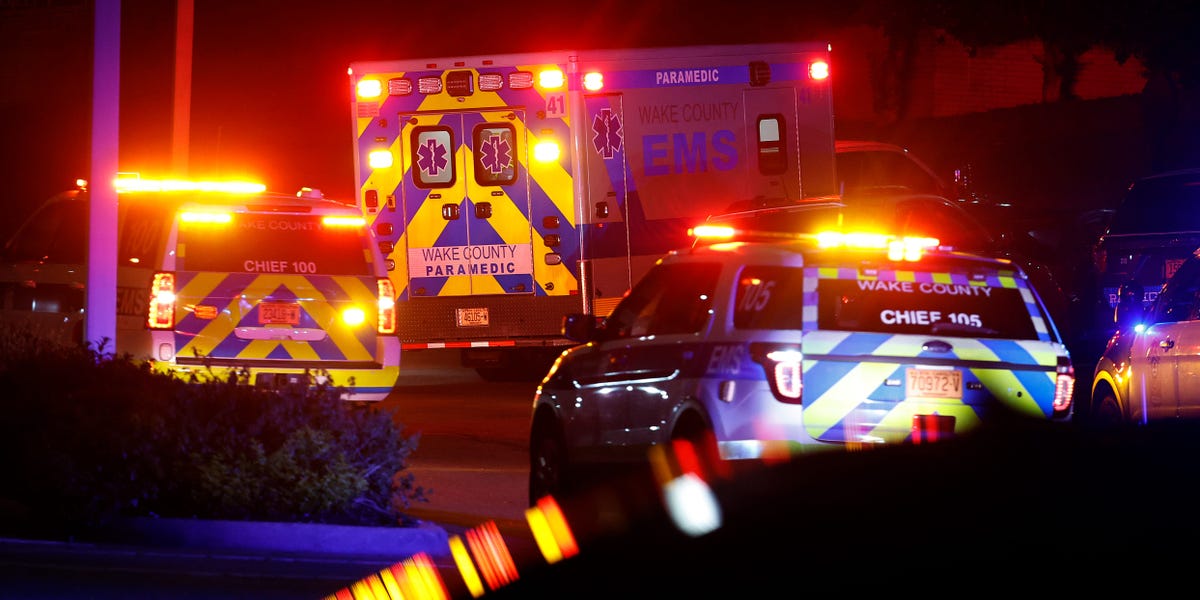 A youngster and an off-duty police officer were among the five people killed and two more wounded when a shooter opened fire in Raleigh, North Carolina, on Thursday night, according to authorities.

According to investigators, the assault started about 5 p.m. local time in northeast Raleigh close to the Neuse River Greenway.

A second Raleigh police officer, who has already been treated and discharged from the hospital, and 59-year-old Marcille Gardner, who is in serious condition, were also hurt, according to Patterson.

“This morning, many families in our neighborhood are waking up without their loved ones. We mourn for them right now. We pray for those who have been hurt as well “Mary-Ann Baldwin, the mayor of Raleigh, remarked during a news conference.

“We also need to help these victims’ families. Their suffering is too severe, “Roy Cooper, governor of North Carolina, told reporters. “Last night, I saw the faces of Raleigh police officers, and I could tell they were in misery. And I am certain it is the case across the city.”

A 15-year-old child who was detained after the shooting and is in serious condition was named as the shooting suspect by Patterson.

According to a witness who observed the shooter on Thursday, “He had to be between 13 and 16 max.” “He was young. Simply said, you don’t think about stuff like that.”

Although the incident occurred just after 5 p.m., investigators didn’t capture the culprit until 8 p.m., according to local officials on Thursday night. The incident is the subject of an ongoing inquiry, according to Mayor Baldwin.