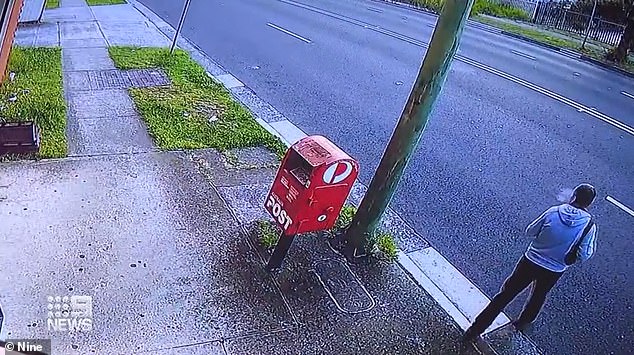 Police are looking for the P-plate motorist who ran over and murdered a devoted father-of-four in Sydney’s west in broad daylight.

On Monday morning in Fairfield, Saad Maqdasi Hanna attempted to cross Sackville Street when he was struck and killed by a black Honda Accord with green P-plates.

The father is seen on CCTV at the gas station across the street enjoying a cigarette as he waits for a traffic break.

After the crash, the car can be seen turning into the main road before accelerating away.

Witnesses made attempts to save Mr. Hanna, but paramedics declared him dead on the spot.

Police suspect the father was hit by the Honda at 5:46 in the morning on a major route that neighbors claim is a speeding hotspot.

On Monday, friends and family members were seen comforting one another at the site.

“You simply feel depressed. Michael, a buddy, told Nine News, “He’s going to work in the morning and stuff just happens to him out of nowhere.”

I’ve known the man for a very long time, and he’s a really good man with a family and four kids. It makes me sad.

In an effort to identify the motorist, police have made CCTV video from the site available.

They are appealing to anybody who was in the vicinity while driving on Monday between 5:45 and 5:50 in the morning to come forward, especially anyone who may have dashcam evidence.