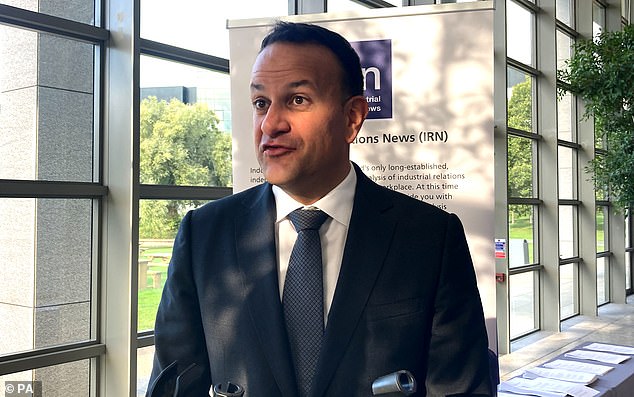 With Britain and the EU preparing to restart talks, there are rising expectations for a resolution to the Northern Ireland-related Brexit dispute.

The Government is sure that Brussels is now persuaded of “how severe” the Northern Ireland problem may get if a resolution is not reached this month.

According to one insider, EU president Ursula von der Leyen had started to “get it.”

To unilaterally repeal sections of the Northern Ireland Protocol, Liz Truss has been advancing legislation in Westminster.

But the Prime Minister has reiterated lately that she prefers a negotiated resolution to the conflict over post-Brexit economic arrangements.

In the next two weeks, Protocol discussions between Foreign Secretary James Cleverly and Vice-President Maros Sefcovic of the European Commission are anticipated.

The approaching deadline at the end of this month has intensified the pressure on striking a settlement.

Unless a new power-sharing administration can be established at Stormont by October 28th, fresh elections are scheduled for Northern Ireland.

As part of their protest against the Protocol, which they think threatens their position in the UK owing to trade obstacles across the Irish Sea, the DUP is now preventing Stormont institutions from operating.

According to a senior UK Government source, Ms. von der Leyen, the President of the European Commission, is now “getting it” about how severe the problem in Northern Ireland is.

“We have been double-teaming the EU on the need for swift development,” they said, referring to themselves and Irish Prime Minister Micheal Martin.

“After the deadline of October 28th, elections must be called.” Due of the uncertainty surrounding Sinn Fein’s potential boycott, this poses a significant risk.

“Would Sinn Fein be ready to accept the position of deputy first minister if the Unionists rejected even if the DUP managed to garner greater support?”

Ursula von der Leyen didn’t appear to comprehend the gravity of the situation, but there are indications that she is now.

There is a landing zone, but we must locate it right now.

The Protocol essentially permits Northern Ireland to stay in the EU Single Market and is intended to prevent a hard border on the island of Ireland.

Unionists in Northern Ireland and the UK government have both criticized the “bureaucratic” inspections put in place on goods traveling over the Irish Sea.

Last week, Mr. Cleverly and Mr. Sefcovic had a “nice chat” over the phone during which they decided to arrange a meeting for Protocol discussions shortly.

According to The Times, the UK Government may compromise on its stance that the European Court of Justice has no authority to oversee the Protocol in light of recent discussions.

The EU is reportedly willing to give ground on restrictions on the movement of goods between Great Britain and Northern Ireland.

A source from the EU told the newspaper: “Having this hanging over us when we have larger problems to deal with where we need to be cooperating is not in either side’s interest.”

“We can’t be sure that we can make it work until we get into the specifics, but there is a fresh willingness,” the author writes.

Simon Coveney, the foreign minister of Ireland, and Mr. Heaton-Harris will co-chair a British-Irish Intergovernmental Conference tomorrow. They were scheduled to have dinner with Mr. Cleverly in London tonight.

The “mood music” around the Protocol controversy, according to Mr. Coveney, had “shifted pretty radically” before his travel to London.

I believe that process very much begins in earnest this week. “We will work on not just the relationships to reestablish trust, but also work on solutions in a practical sense,” he continued.

»PM allies say Brussels is ‘waking up’ to Northern Ireland«