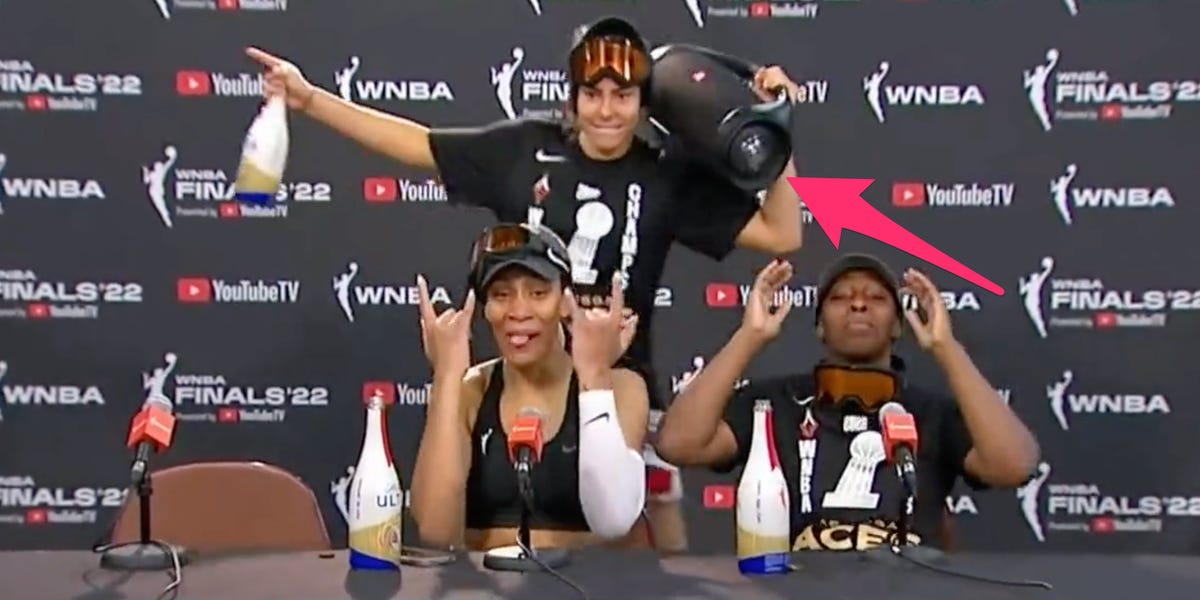 NEW HAVEN, Connecticut On Sunday night at Mohegan Sun Arena, Kelsey Plum and the Las Vegas Aces celebrated like WNBA champions ought to.

In Game 4 of the 2022 WNBA Finals, Becky Hammon’s top-seeded team defeated the Connecticut Sun 78-71 to win the franchise’s first-ever championship. The Aces’ A’ja Wilson and Chelsea Gray had to meet the media after spraying and downing champagne in their locker room.

Plum stormed into the room and took the stage shortly after the two entered the news conference.

Plum waltzed behind her colleagues, a huge, loudspeaker balanced on her left shoulder, a bottle of alcohol in her right hand, and a barely-secured Las Vegas champs cap covering her ski goggles as protection from all the champagne pouring.

The delighted All-Star guard then began to dance for the crowd of media. Both of her colleagues laughed at the spectacle, with Wilson joining in the dance and Gray apologizing desperately to the media.

They pushed Plum off the dais after a brief period of antics.