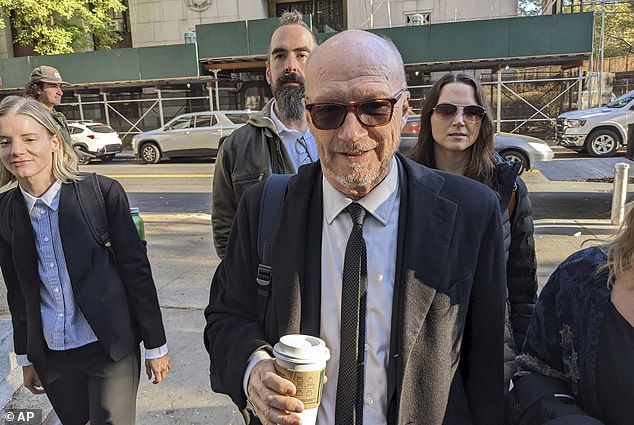 Thursday, a former publicist described to a Manhattan jury how a “slobbering” Paul Haggis enticed her back to his Soho apartment for a drink in 2013 before allegedly raping her.

The 69-year-old Oscar-winning director of the film Crash is on trial in New York for his 2013 meeting with 26-year-old publicist Haleigh Breest.

Breest’s attorney, Zoe Salzman, told the jury on Wednesday that the claimed assault left her client with post-traumatic stress disorder to the extent that she has only attempted to have sex once in the roughly ten years since the alleged assault – and was unsuccessful.

Salzman argues that Breest experienced ‘flashbacks’ from the alleged encounter that were so traumatic that they rendered her subsequent attempts at intimacy futile.

Haggis’ attorney, Priya Chaundhry, told in his opening statement that Breest’s story has changed multiple times since the incident and that the day following the incident, Breest texted a friend bragging about the oral sex she performed on Haggis.

The acclaimed director also claimed that the Church of Scientology, which he abandoned and rejected in 2009, is responsible for a number of the charges against him.

Breest is one of four accusers of Haggis, although she is the only one who has filed accusations against him in court.

She told jurors on Thursday that Haggis became “agitated” the night of the incident when she suggested they meet at a bar instead of his Manhattan home.

Breest, 36, told the court, “I had no desire to visit his apartment.”

Haggis asserts that the sexual act was willingly performed. Since his departure from the Church of Scientology in 2009, he believes that he has been damaged by false accusations of sexual misconduct.

In his defense, the consequences of his break from the church will play a key role.

Breest filed a lawsuit against the renowned ‘Crash’ filmmaker in 2017, alleging that he raped her on January 31, 2013, when she was 26 and a freelance publicist.

She alleged that Haggis offered her a lift home from an Upper West Side movie premiere and, despite her reservations, took her to his Mercer Street apartment.

Thursday, as Breest entered the director’s building without a doorman and ascended the elevator to his penthouse, she recalled that her cell phone was dead.

She described the kitchen and living area and added, “As I placed my belongings on the table, he approached me with his mouth open, attempting to kiss me.”

She alleged that while holding her against the refrigerator and stroking her lips, the director “slobbered.”

»Paul Haggis’slobbered’ over publicist before raping her in 2013 at SoHo flat, court hears«