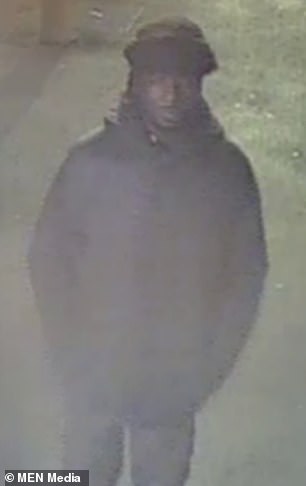 Four people were injured in a series of ‘random’ knife attacks in Manchester, prompting the police to search for the suspect.

As part of their ongoing investigation, police have released images of a man with whom they wish to speak.

This evening and early this morning, there were four knife attacks in the Cheetham Hill neighborhood of the city’s northern section.

Last week, four incidents involving the use of a knife occurred in north Manchester.

All victims sustained non-life-threatening injuries, but specialized police officers continue to assist them as the investigation continues.

Greater Manchester Police stated that the incidents were being taken “extremely seriously” and that all lines of inquiry were being pursued.

Additionally, patrols are being increased in the area.

The City of Manchester North District’s Det. Insp. Michael Russell stated, “We believe these assaults are random and will obviously cause the local community grave concern.”

“I can assure local residents that we are taking these incidents very seriously and pursuing all lines of inquiry to identify the perpetrator.”

“We have increased patrols in the local area and will continue to do so, but if you have any concerns, please do not hesitate to contact our local officers for reassurance and direction as we continue to exhaust all available lines of inquiry to ensure the continued safety of our communities.”

Although it is recommended that people always dial 999 in an emergency, this is not always the case.

Information can also be reported anonymously via the independent charity Crimestoppers at 0800 555 111.