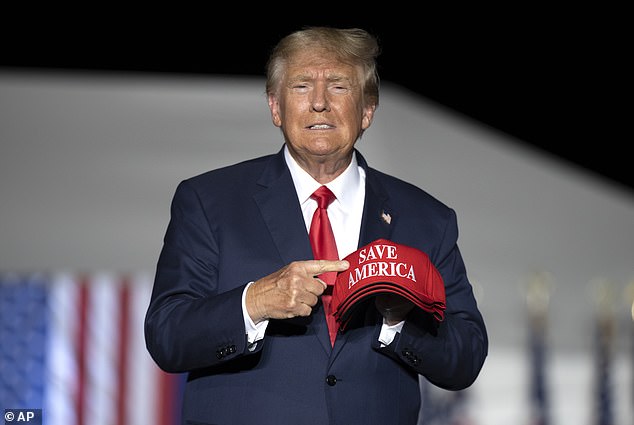 Barack Obama, a former president, advised Democrats to avoid focusing on “the next crazy thing” Donald Trump does and instead turn their attention to topics like inflation and gas costs that have the biggest effect on people.

During a Friday interview with Pod Save America, Obama gave his advise to Trump, who keeps hinting that he would run for president again in 2024.

Obama said that “we spend vast amounts of time, energy, and money” criticizing the next outrageous statement made by the Republican candidate or his conduct.

Can I pay the rent? is probably not something that most voters consider to be more important than their fundamental interests. How much does petrol cost? How am I managing the kids?

At the end of this month, the former president will attend midterm campaign rallies in Georgia, Michigan, and Wisconsin to support Democratic Senate and gubernatorial candidates.

Obama, one of the most prominent Democratic surrogates since he left office, is anticipated to tout Democratic victories but also sounding the alarm about the status of American democracy.

Obama said of Trump, “The thing that I think sometimes we tend to make a mistake on is his conduct can be so ridiculous.” People who attempt to imitate him and his crazy acts now get a lot of attention. So we participate in that game.

Obama ranked second in a 2020 Gallup survey of Americans’ opinions, just behind President Trump and ahead of Vice President Joe Biden, according to the Washington Post.

Obama said on the podcast, “The nice thing that I believe we have going for us is that even with incredibly tiny majorities, what we’ve proved is that we can deliver.”

You have the Inflation Control Act, which has cut the cost of prescription drugs, ensured that health care is even more inexpensive thanks to the ACA, and is attempting to lower the cost of energy. The gun measure you have is the first significant piece of gun safety legislation we’ve seen in thirty years.

In Atlanta, where Stacey Abrams will face Republican Gov. Brian Kemp on November 8, Obama makes his first trip. In 2018, they had a tight contest that she lost.

Georgia may once again determine which party controls the Senate in 2020.

Obama has scheduled appearances the day after his campaigning in Atlanta on October 28 for activities aimed at increasing voter turnout in Detroit and Milwaukee.

Additionally, voters in Michigan will decide whether or not to include abortion rights in the state constitution.

In a race where Johnson seemed to be ahead, according to a Marquette University Law School survey released this past week, Barnes, who is from Milwaukee, the state’s biggest city and home to the majority of black voters, has been working to mobilize black voters.

Obama also wants to support Democratic Governor Tony Evers, who is up against Tim Michels, a co-owner of a construction firm who has Trump’s support. Months of Marquette polling have shown a close finish in that contest.