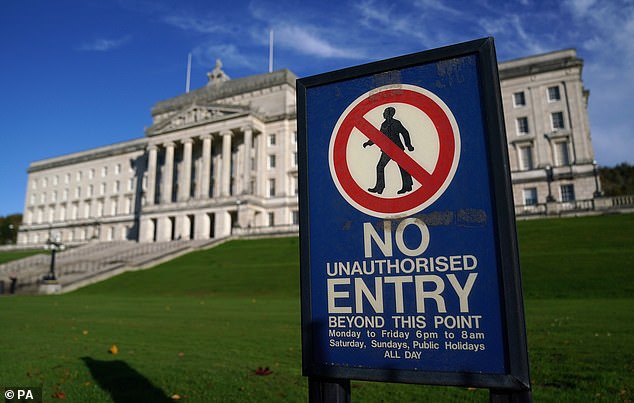 After a deadline to restore the Stormont executive was missed, Northern Ireland is preparing for new elections before the holidays.

After unionists and nationalists were unable to reach a power-sharing agreement, ministers from the United Kingdom could call for elections as early as today.

Due to the ongoing dispute regarding the province’s post-Brexit procedure, the DUP has refused to assume the position of Deputy First Minister. The Good Friday Agreement stipulates that both sides of the sectarian divide must agree to participate.

Northern Ireland Secretary Chris Heaton-Harris tweeted today that he is “very upset” that an executive has not been constituted and that he will offer an update on his “legal obligation to act.”

Today, Stormont might make decisions to alleviate the difficulties people experience. As Secretary of State, I am instead required by law to take action.

I will provide an update on this matter.

In the absence of a ministerial executive, the British government has a legal obligation to call new elections.

While Mr. Heaton-Harris has not yet provided specifics, it has been speculated that the election will be place on December 15.

Ministers of Stormont, who have been operating in shadow form since the Assembly’s dissolution earlier this year, also lost their positions at midnight.

The administration of devolved departments will henceforth be the responsibility of senior public officers with restricted authority.

She told Sky News, “I think it is disappointing that the parties were unable to establish that executive.”

But the law was unambiguous. We enacted the legislation mandating this, and there was obviously not enough consensus to prevent the elections.

This decision was not in the hands of the government, but rather the parties representing the various groups in Northern Ireland.

The New Decade, New Attitude pact was just signed a couple of years ago, so I hope that the upcoming elections will be an opportunity for people to reevaluate their approach. We must do what we can to work together in order to make this a reality.

When asked if the elections might be averted through new laws, she responded, “They will surely occur.”

Sir Jeffrey Donaldson, leader of the DUP, argued that the dysfunctional devolved administration in Northern Ireland is the fault of the British government.

He told BBC Radio Ulster, “We’ve got six months to do something about the protocol, and during that time we’ve had three prime ministers and frequent Government changes, but we haven’t seen the necessary movement.”

Given that six months have passed and no progress has been made, I believe the government would be within its rights to request an extension to resolve the issue, find a solution to the protocol that restores Northern Ireland’s place within the UK internal market, and restore the institutions immediately.

Conor Murphy, an MLA for Sinn Fein, refuted the claim that the DUP’s refusal to establish an executive was pressuring the Westminster government to act on the protocol.

He told the BBC: ‘The chaos and infighting within the Tory government means that their focus is entirely on themselves, and if there is a negotiation with the EU, it will be because the British government wants it to happen, not because the DUP is punishing the people of the north by preventing them from having their own institutions.

No other objective is served by the DUP’s behaviour, which only harms the people they represent and whom we all collectively represent.

Assembly members convened for a recalled session on Thursday, but an attempt to elect a new speaker – which must be done before the election of first and deputy first ministers – failed because the DUP refused to endorse the nominees.

The meeting was then terminated.

The DUP’s boycott of Stormont is part of a campaign of resistance to the protocol, and the party has stated that it would not return to powersharing unless significant action is taken to eliminate economic impediments to commerce between Great Britain and Northern Ireland.

The government has pledged to secure modifications to the protocol, either through a negotiated compromise with the EU or through proposed domestic legislation – the Northern Ireland Protocol Bill – that would give ministers the authority to dismantle the arrangements without Brussels’ permission.

In the most recent election for the Northern Ireland Assembly, conducted in May of this year, Sinn Fein emerged as the largest party for the first time.